Young comic and superhero fans are excited for the newest DC animation film to come out! That’s why today I have a parents guide into the Teen Titans Go! To The Movies Film Review and Is It Appropriate for Kids to watch? Thank you, Warner Bros. Pictures, for allowing our family to attend an early screening of Teen Titans Go! To The Movies. All superhero opinions are my own. 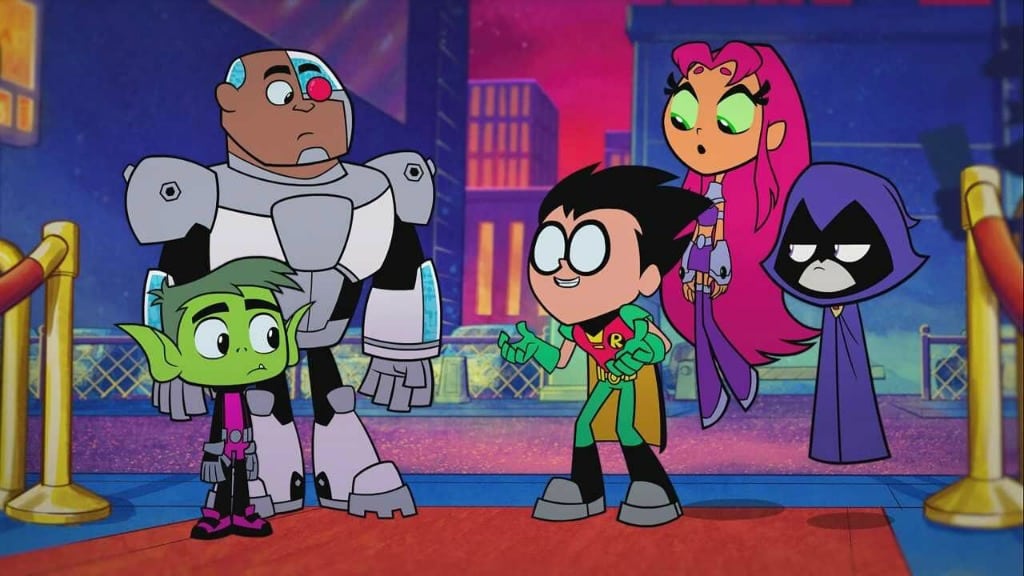 Teen Titans Go! To The Movies Film Review | Is It Appropriate For Kids?

One way we have been beating the heat this summer is watching all the kid-friendly movies in theaters. Finding a movie that both the kids and adults can enjoy is always a big plus. So, if your kids are a fan of Teen Titans Go! and as parents, you enjoy some funny comedy in animated films, then add this movie to your summer list. 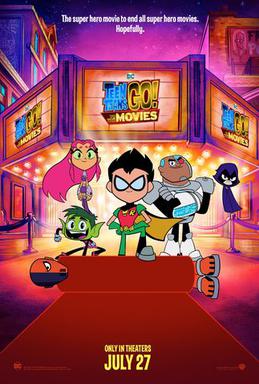 About Teen Titans Go! To The Movies

When the Teen Titans go to the big screen, they go big!  “TEEN TITANS GO! TO THE MOVIES” finds our egocentric, wildly satirical Super Heroes in their first feature film extravaganza—a fresh, gleefully clever, kid-appropriately crass and tongue-in-cheek play on the superhero genre, complete with musical numbers. It seems to the Teens that all the major superheroes out there are starring in their own movies—everyone but the Teen Titans, that is! But de facto leader Robin is determined to remedy the situation and be seen as a star instead of a sidekick. If only they could get the hottest Hollywood film director to notice them.  With a few madcap ideas and a song in their heart, the Teen Titans head to Tinsel Town, certain to pull off their dream. But when the group is radically misdirected by a seriously Super-Villain and his maniacal plan to take over the Earth, things really go awry.  The team finds their friendship and their fighting spirit failing, putting the very fate of the Teen Titans themselves on the line! 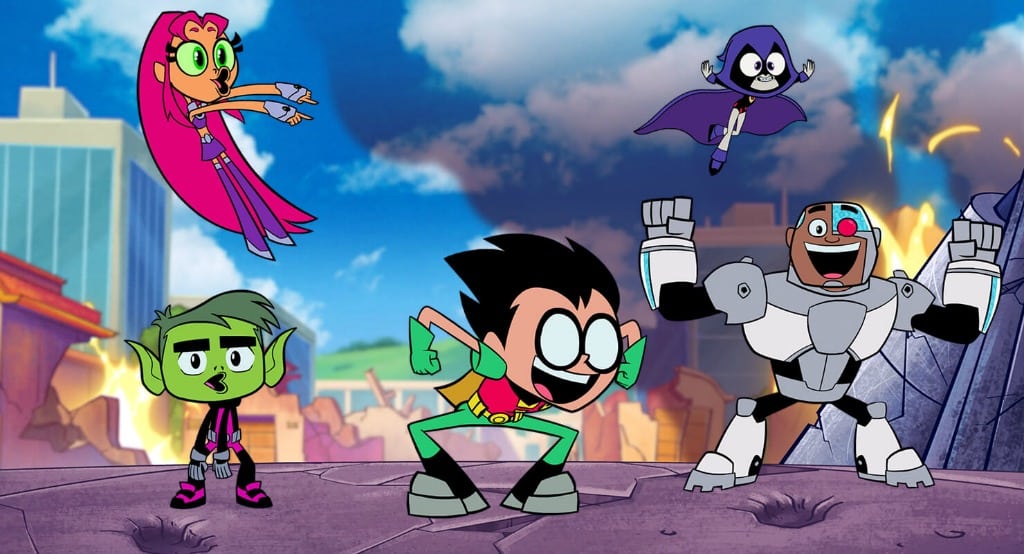 Teen Titans Go! From Television to the Big Screen

If your kids are a fan of Teen Titans Go! on The Cartoon Network, then you already know that they are going to love Teen Titans Go! To The Movies. Expect a little bit more DC comedy, Marvel references, a few special “guest stars”, and even some fun 80’s themed music!

My family is a huge fan of superhero movies, but most of the time our daughters are not allowed to watch them because of the words used in the film or the violence in live-action movies. Teen Titans Go! To The Movies allows our family to enjoy a fun superhero movie together. 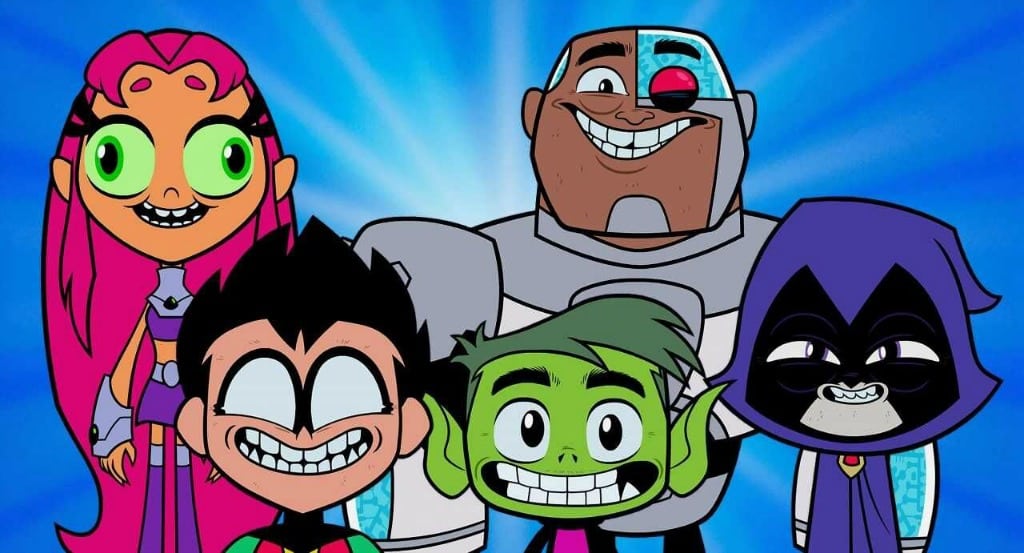 The 80’s Feel Perfect For The Adults

Parents get ready to go back to the future, I mean the past to the 80’s! Teen Titans Go! To The Movies most definitely has an 80’s vibe to the film. From the music to the VHS, and cassette players it’s a blast from the past. If the reason the 80’s past was brought into the film so that parents would enjoy this animated film, then goal achieved! At times I heard the adults laughing harder than the kids were because we understood the joke or the reference behind them. While the kids laughed during the fart and booty jokes.

At one point I leaned over and asked my daughter if the television show Teen Titans Go! has so many musical numbers. I was thinking the show is a musical and somehow missed it, but she said no. So, expect some fun 80’s themed musical numbers (even one from Michael Bolton himself) throughout the film that will have audiences bopping in their seats. 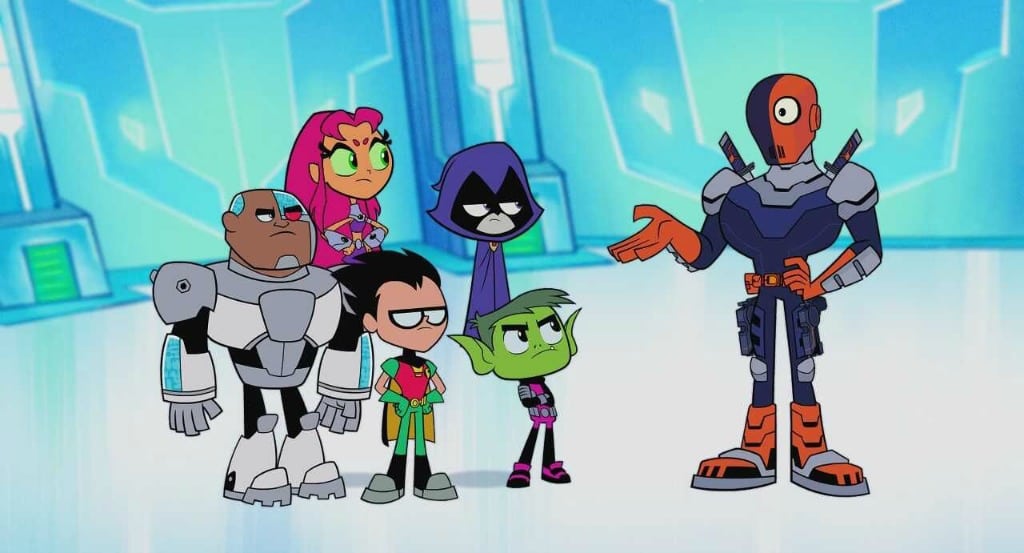 Even Marvel Fans Will Appreciate The Jokes

Okay, so I just had to throw this in there because it was done so well and we were laughing so hard at some of the cameos and references in the movie. First, you get all the jokes being made of DC Justice League superheroes and even some Marvel ones. You get cameos from Dead Pool, well not really, but the biggest joke in the film is the mix up between Dead Pool and the villain Slade (played by Will Arnett) or should we say SLLAAAAAYED (watch the movie and you will get the joke)! We then get more cameos from Guardians of the Galaxy and my favorite one of all Stan Lee! I about lost it when he came out in the film! There are also some references to Disney movies, like The Lion King. 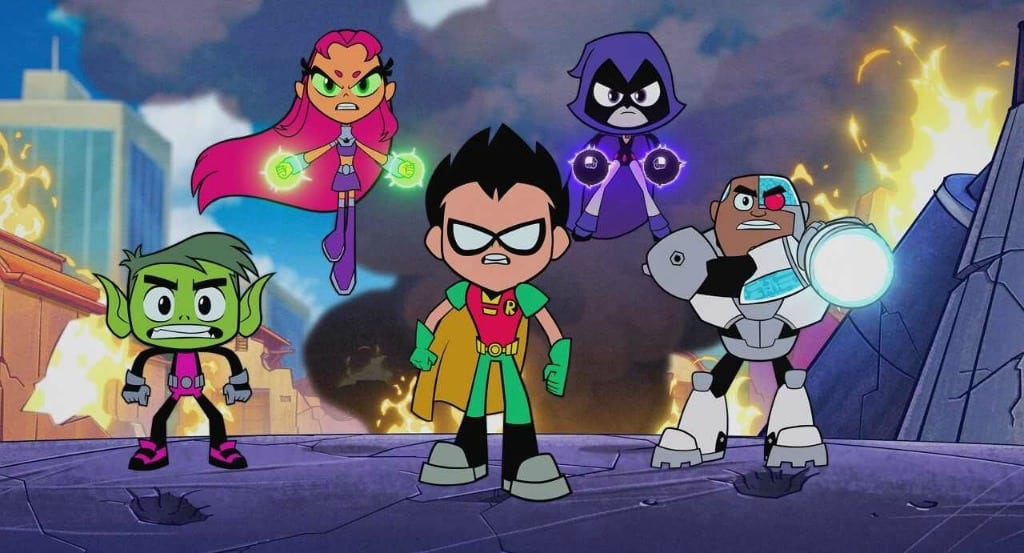 My daughter loves the Teen Titans Go! show and she streams the show on a weekly basis. It’s not my cup of tea, but she loves it. Watching the movie might have changed my mind a bit and will have to sit down with her to watch some of the episodes. Let’s get into the nitty-gritty. There’s a PG rating for the film and the reason is the rude humor and animated explosions. Make sure you read my comments at the end of this because it might save you from a conversation your kids aren’t ready for.

Let’s break those down the rating a bit. Animated or not, it’s still a superhero film, so the only way for the heroes to win is to take down the villain, right? So, for that reason, there are explosions, shootings, destructions, and in one of the scenes the DC heroes have scary glowing eyes. It didn’t affect my 6-year-old, who is sensitive to scary and violent scenes. I would say that was the “scariest” scene and she was fine. 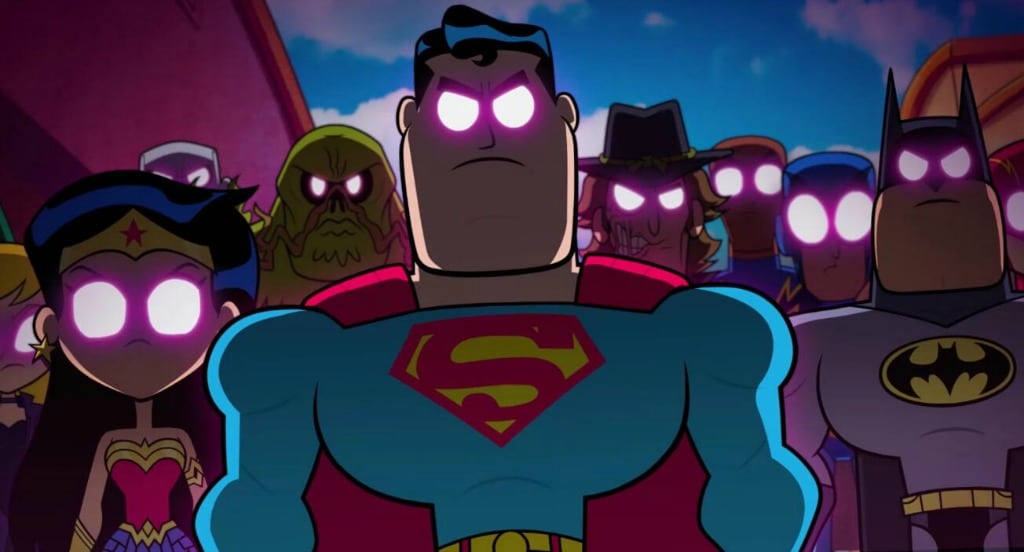 The crude humor was definitely in the movie. You have language like farting, morons, booty, poop, and stupid. You even have a few scenes of close up booty shaking, dancing, and even bouncing on the ground. In all fun, the kids thought it was hilarious. I thought it could have done without it, but it was funny.

*Spoiler Alert, but parents may want to read on

At the end of the film, Robin comes back on the screen and tells the kids to ask their parents where babies come from. So, it’s up to you if you want to skip that part of the movie. It’s right at the very end. The only thing about leaving early is that there is a mid-credit scene after some of the credits have rolled up. So, if you want to see what’s next for Teen Titans Go!, don’t leave before. 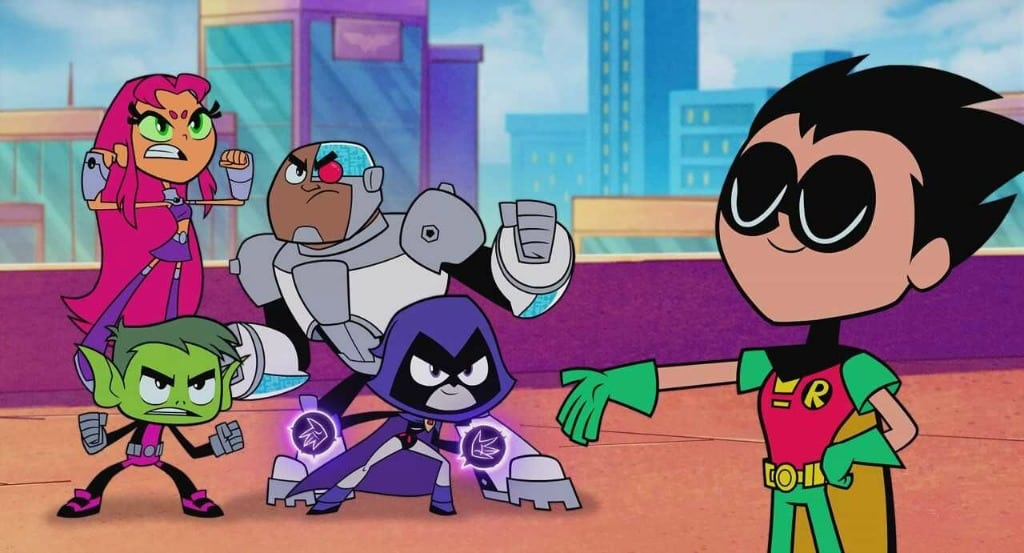 Teen Titans Go! To The Movies in theaters July 27th

Will you be taking your kiddos to see Teen Titans Go! To The Movies Friday?