Last year during my Ralph Breaks the Internet event I had the privilege of interviewing Mark Henn. As a mom of a little girl whose dream is to one day work be a Walt Disney or Pixar animator, this was a big deal for me.

Walt Disney World veteran animator Mark Henn served as the 2D animation supervisor for the studios’ Ralph Breaks the Internet. Although, we know many of Mark Henn’s work, such as Academy Award®-winning movies like Big Hero 6 and Frozen. He was also the animation supervisor of one of our favorite princesses of all times. Ariel in The Little Mermaid.

Thank you to Disney for flying me to LA and allowing me to attend the Ralph Breaks the Internet Event. 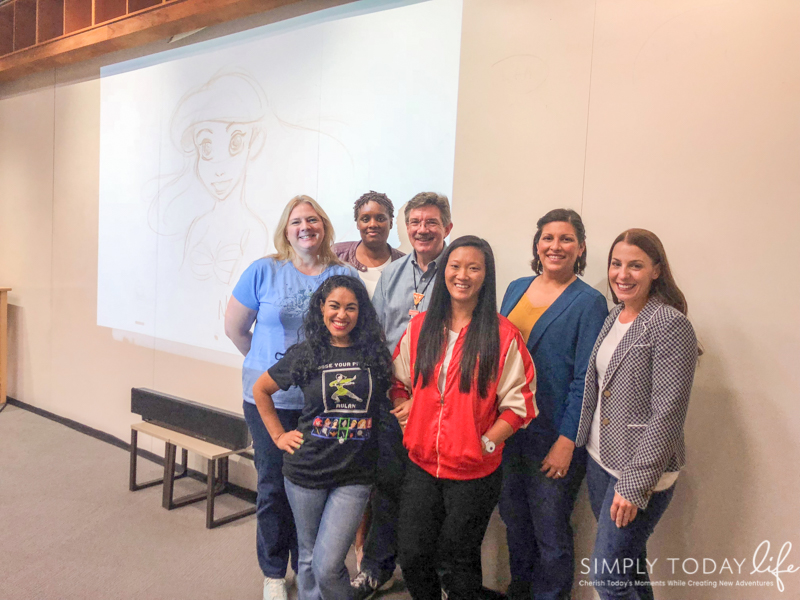 We were so fortunate to watch the talented Mark Henn with a pencil in hand in action. Showing us step by step how to draw Ariel herself. All while sharing his story with us I knew this would be something that my daughter would find inspiration in and I just had to record this entire interview on my phone so that I could, later on, show her. So she could hear first hand that as long as you believe in yourself, show commitment, and passion she could make her dreams a reality. 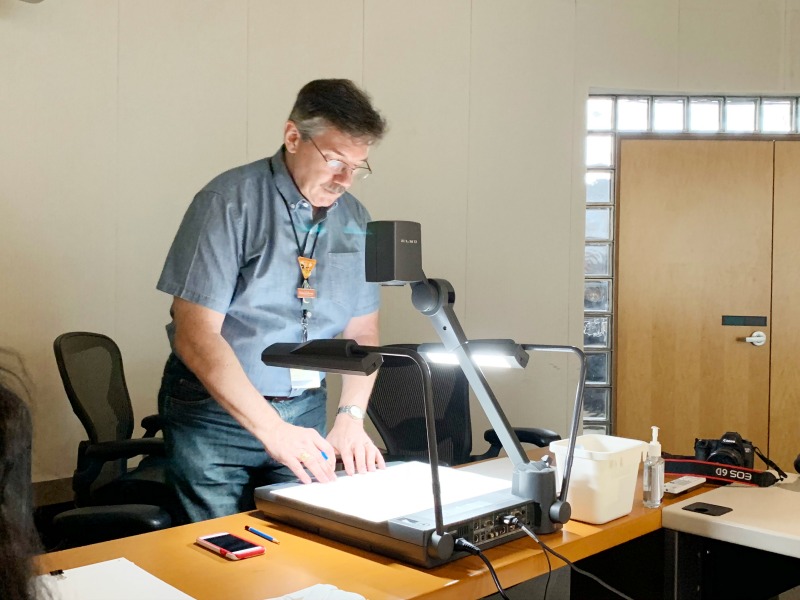 This meeting with Mark Henn was scheduled for us just in time to celebrate the 30th anniversary, of the two-time Academy Award®-winner The Little Mermaid and its release from the vault in the Walt Disney Signature Collection with all-new bonus features and a sing-along mode. I don’t know about you, but this 80’s child is super excited to share this with my girls. 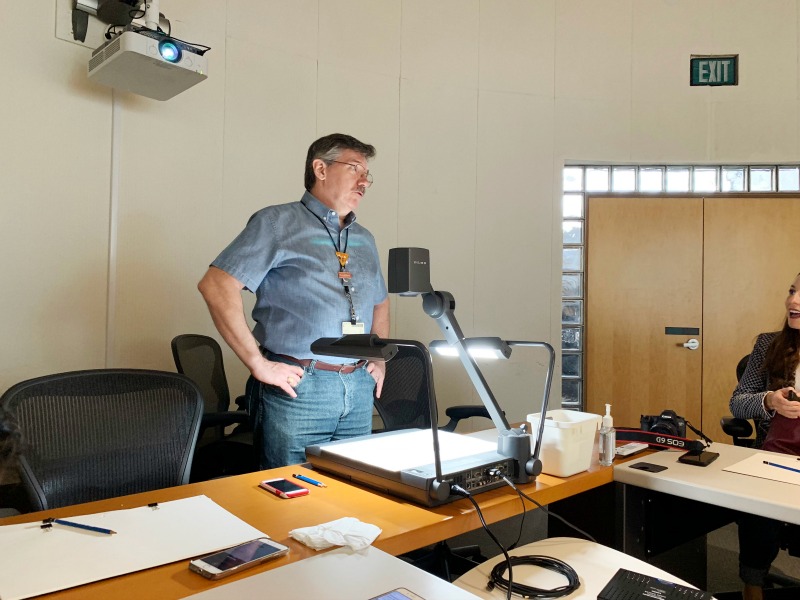 Starting His Disney Career As An Animator

Mark Henn shared with us that he had a normal childhood upbringing. Nothing where art was in front of him all of the time. Instead, it was just a way for him to pass the time and nothing serious when in the younger years. Could you imagine if Mark Henn never got his Disney dream? We would be sitting right now with no characters as amazing as Ariel, Belle, Jasmine, and Tiana!

They didn’t put me in drawing or art classes or anything like that. I followed a fairly normal academic life. It wasn’t until I got to college that I got more serious about it. It was a boyhood dream of mine, since I was about 10 years old, to work for Disney. But aside from that, I didn’t have anything extra special. I just drew all the time.

This reminded me so much of my daughter. She’s always been attracted to drawing with pencil and paper. She’s never taken any art classes, other than in school, but the girl just has a passion and talent for it. 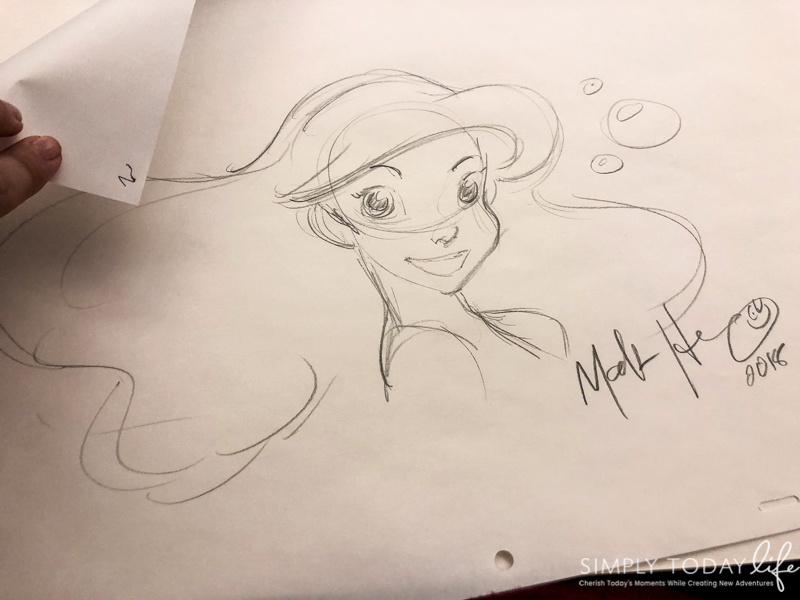 I really wished that I could have come home and told my daughter how easy it was for Mark Henn to get a career as an animator. He shared with us that it was completely the opposite. There were a lot of no’s from Disney Studios before he finally got the yes that he was waiting for.

I went to Bowling Green State University for a year. I took my art classes and put together a portfolio and sent it to the Disney Studio. They didn’t accept me but they didn’t reject me. They said I showed some potential and said, “Here’s what you need to do. Go do it.”I went to Sinclair for a year and took as many art classes that I could. I sent a second portfolio and Disney Studios said, “Stay in school. You aren’t there yet.” I was bound and determined. I sent a third portfolio after the next semester. The guy who was in charge at the time was named Don Duckwall, who I’d never met. He sent a nice rejection letter back and he wrote a sentence that was burned into my memory saying that it wasn’t that I wasn’t a good artist, but they just didn’t think I had what it took to travel the narrow roads that their animators travel. When I got the acceptance letter from Cal Arts I didn’t get past the first word, which was “Congratulations.”I got hired by the studio during my second year there and have been working with Disney ever since.

If this isn’t a success and inspiring story for young animators, then I don’t know what is. I’ve never met a person where they were rejected so many times from the same company, but still pushed on to make their dreams a reality. I only hope that my daughter takes this story to heart and remembers it always as a way to encourage her to never take no as an answer. 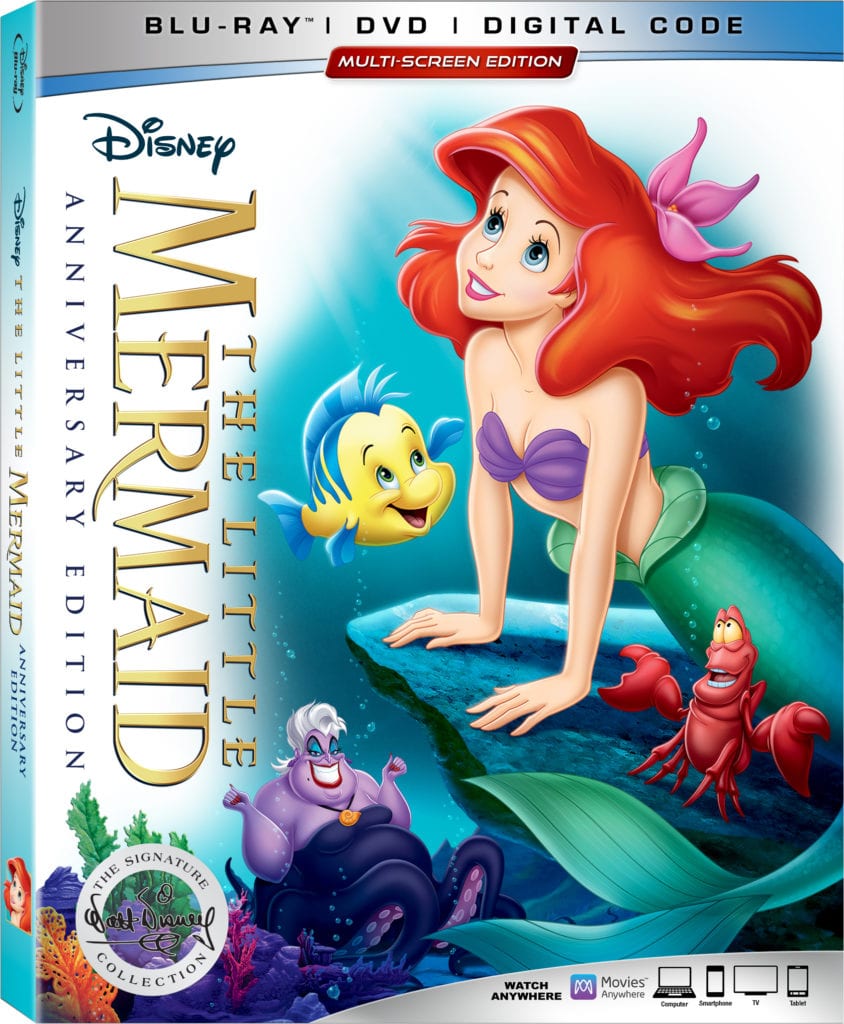 The Little Mermaid” Dives Into the Walt Disney Signature Collection On Digital, 4K Ultra HD  and Movies Anywhere on Feb. 12  and 4K Ultra HD and Blu-ray™ on Feb. 26.

Stay tuned for more details on this release and all of the bonus features included with it!

If you enjoyed this Interview with Mark Henn, then you will also love the following Disney Interviews I have put together for you:

Are you excited about The Little Mermaid Signature Collection?