Keeping up with our Zootopia interviews, today we have the Exclusive Interviews with Directors Byron Howard and Rich Moore #ZootopiaEvent. I was honored to be able to learn first hand how the Zootpia concept came to be and where they found inspiration for the movie. 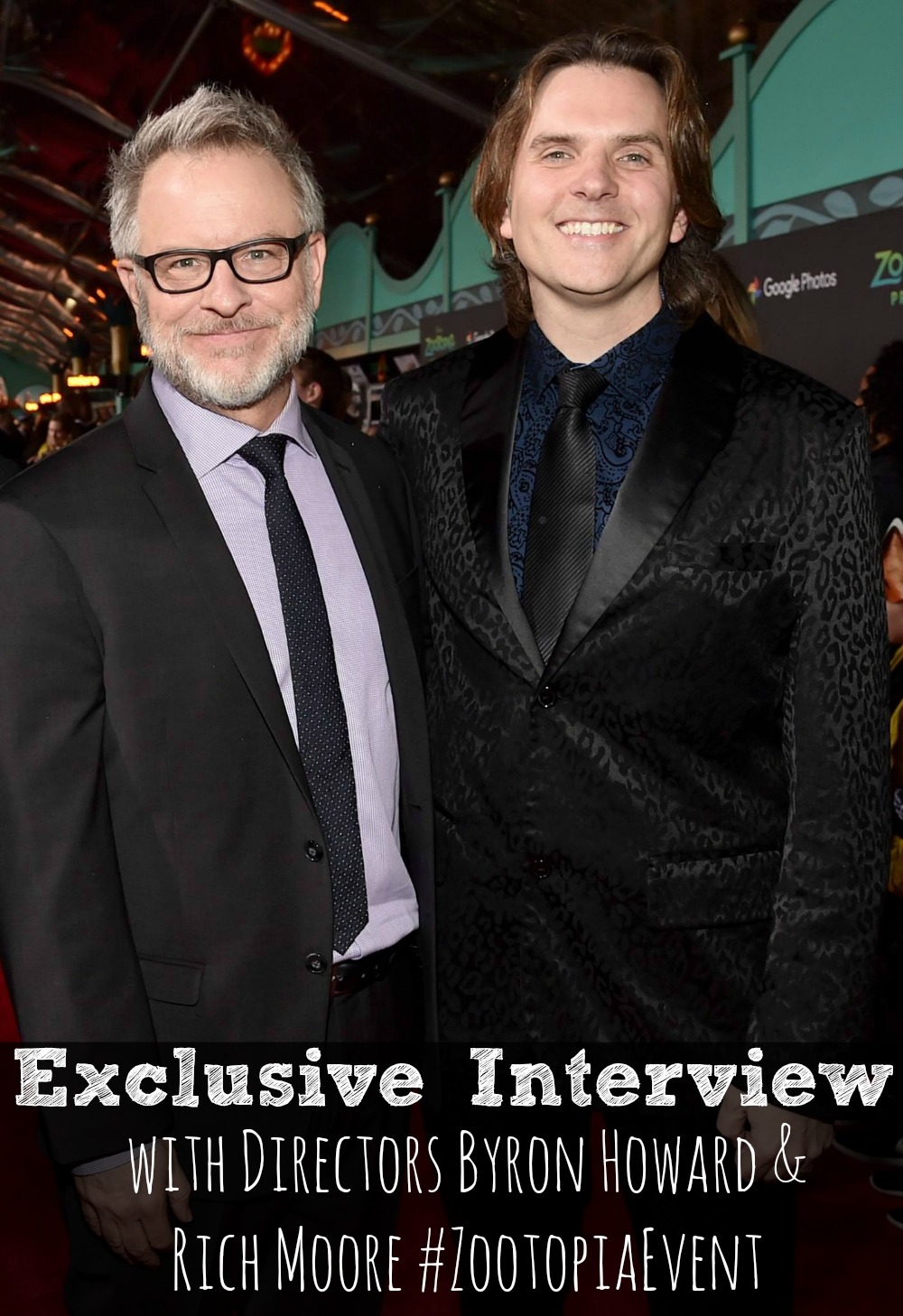 When you have the opportunity to meet people with such creativity and imagination, like Zootopia directors Byron Howard and Rich Moore, it truly is an honor to learn how they pieced everything together to create such a fantastic animated film. Especially one that really does touch on a lot of subjects that we as parents or our children are dealing with or have dealt with in real life situations. 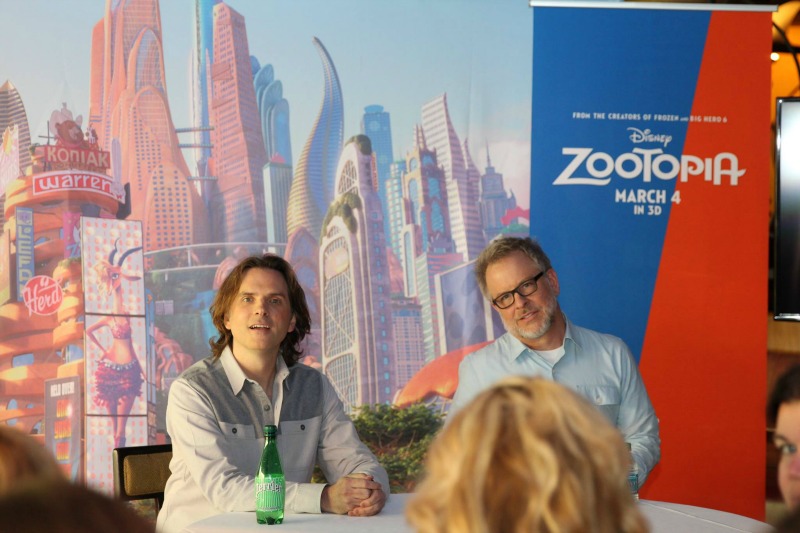 Richard Moore: The circle of life. It all works out, right?

Byron Howard: This was one of the first places that we came. After we pitched the idea of the movie, what we start with is research. And the fact that this company has this amazing animal preserve, which is honestly, it is the best in the world. It really feels like an African and Asian environment. And the fact that, we could take that real knowledge and these great animal experts and incorporate that knowledge into the film, it was amazing for us. 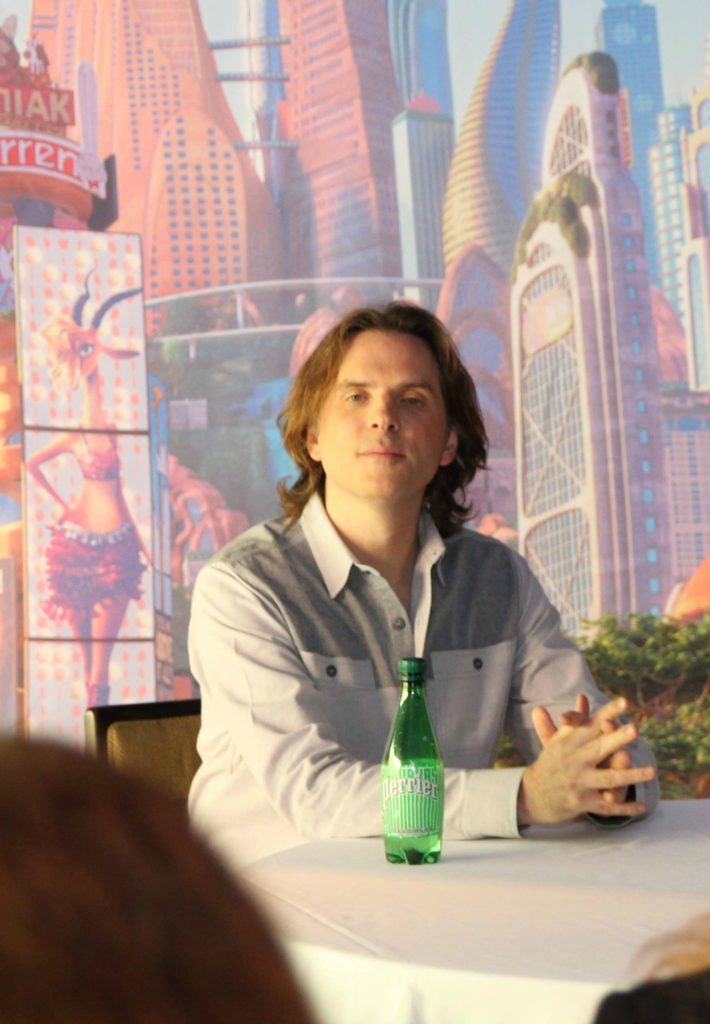 I found it so interesting how they come up with these ideas for story lines and how they actually go in to pitch them and then make sure that they are convincing enough to make sure it actually becomes a reality. Like in this case Zootopia. Especially when they required to actually pitch more than one idea and then hoping one of those sticks and grabs the films story trust.

Byron Howard: Most filmmakers, I think like Rich or of Jin Lee, uh, will kinda come in with like three, four, five ideas.

Richard Moore: And some people have come in with like 20 good ideas.

Byron Howard: Nathan Greno and I, right after we finished Tangled, we pitched, the beginnings of what this movie became. And we had about six ideas and the one thing that almost all these ideas had in common — one was a space movie. It was called Pug, The Bounty Hunter, that had a space rabbit. Rabbit in a space suit. 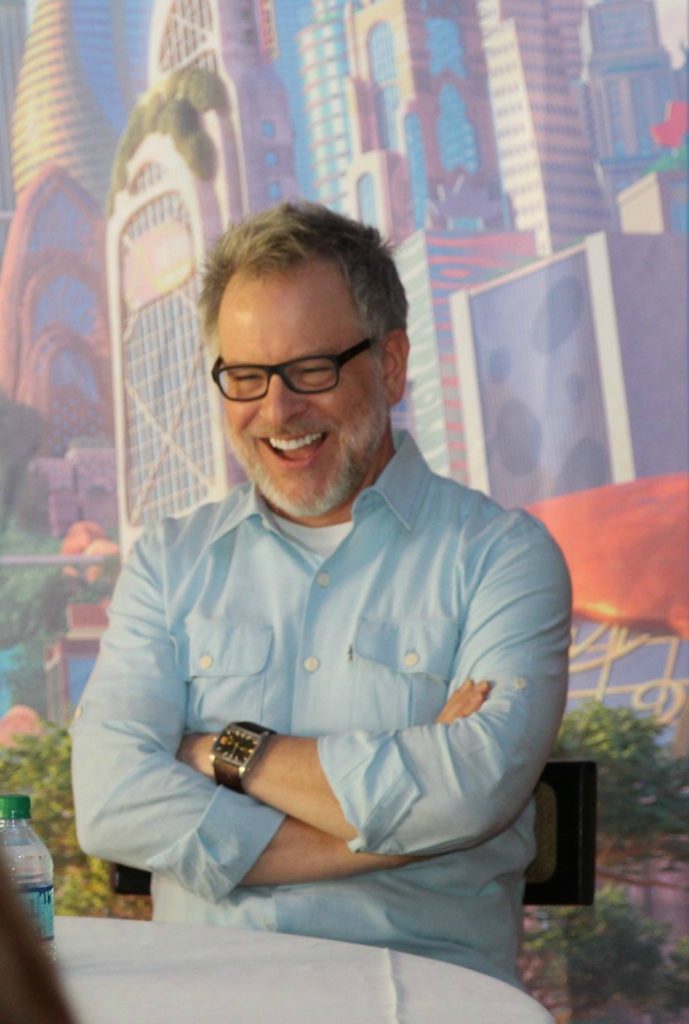 One of the things that I loved about the movie was just how incredible the animation work was. I mean, come on, Disney is awesome already as it is when it comes to create amazing animation films, but when you add animals into a film that move in such a realistic manner, to me that really is talent.

My younger brother loves to draw and just finds this kind of art and animation interesting. So, it was really great to be able to explain to him what directors Richard Moore and Byron Howard shared with us during their interview.

Byron Howard: So, we all had this sort of, love of these films. And we hadn’t really done one. Especially not in CG where we could now graph these animals and, with a great Disney character design put all this amazing fur and detail and claw…

Richard Moore: Well, the way they look in nature. It’s the first time we’ve had the technology and the computer power to actually groom them as they are in the wild. In the past, 7 years ago with Bolt that character was groomed with something that was just kind of like human hair. You know, and to pull off the scene where Bolt is sticking his head out of the car window and the wind is blowing in his face. And it’s a big emotional scene in the movie and they almost couldn’t do it because technology just didn’t exist, you know, fur being affected by wind.

Byron Howard: Yeah, we had to cheat it. And, you know, if you look at the movie now we have wind going through fur. And affecting cloth. And we have rain. And characters get wet. 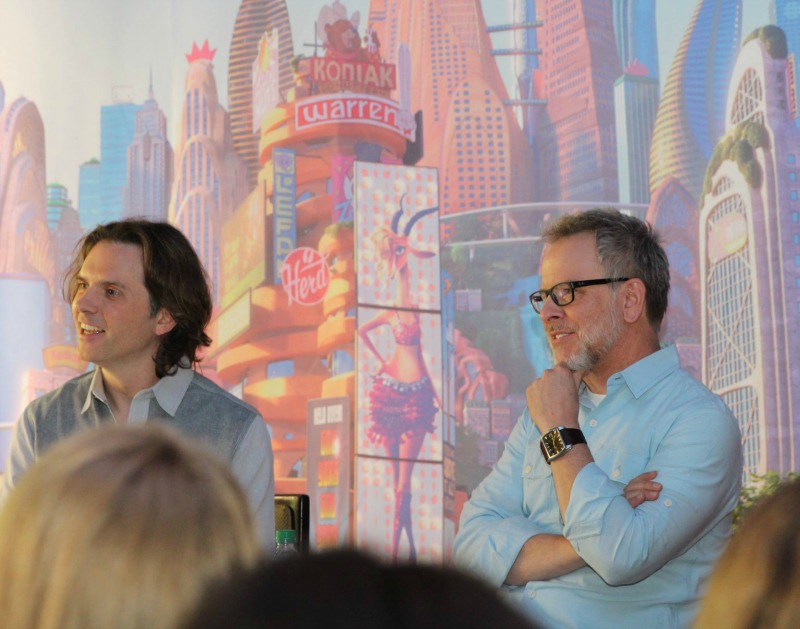 As I mentioned in Jason Bateman’s interview yesterday, Zootopia really touches on something that as parents and even our children could relate too. Especially when we take our children to see animated films, we don’t want to have to sit there and explain to our children what the characters are doing and why they are doing it. I believe that when touching on subjects like this our children should be able to comprehend the story line and that teachable moment in the movie or at least see themselves in one of the characters.

Richard Moore: Well, I think that was very important to us that this wasn’t just an adult movie. That it was playing on some kinda lofty level that  a child would be like, I’m not getting this at all. I don’t relate to it and it was important to us that Judy’s kind of journey, you know, was and her as a character, a child could relate to her.

{There is some more I would love to share, but will do so after the movie releases on Friday to not give too much away}

Richard Moore: You know, but it kind of became very, relatable to both a child and an adult of what this movie was about. 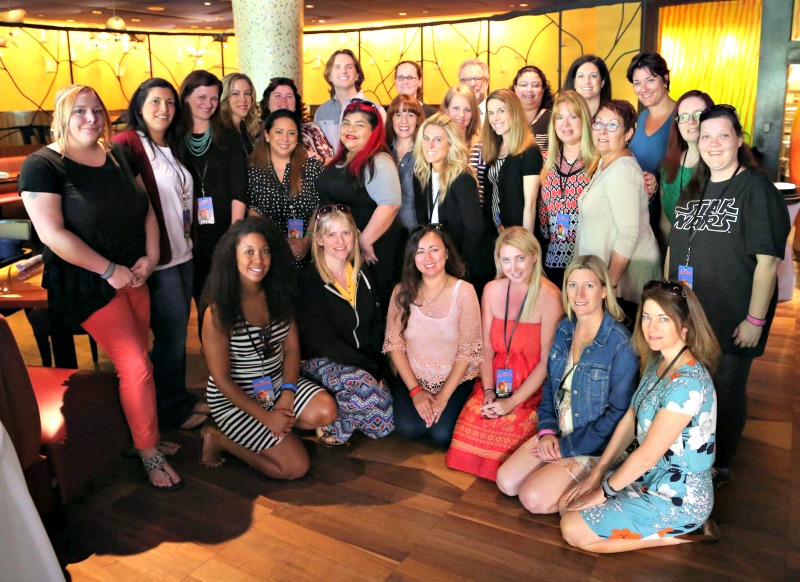 Just by listening to both Richard Moore and Byron Howard speaking about their experience with Zootopia you can tell that a lot of research and heart went into the story line. Making sure that both parents and children alike enjoyed the movie. While having a bit of humor in for the adults, but universal enough that even if the kiddos do not get that joke, they see the laughter portrayed by their own parents.

So, don’t forget, Zootopia opens in theaters this coming Friday, March 4th! Wohoo! I leave you with one of my favorite scenes from the movie!!

Make sure to also check out my stay at Walt Disney World Orlando Animal Kingdom Lodge and Exclusive Interview with Jason Bateman!

What do you think about the fact that they used Animal Kingdom as part of the inspiration for Zootopia?