I love when Disney designs these awesome and fun sheets. So, of course, I have some Moana Coloring Pages and Activity Sheets to share with all of you today! These are coming in handy today as we are hunkered down in our home boarded up as Hurricane Matthew passes by us! 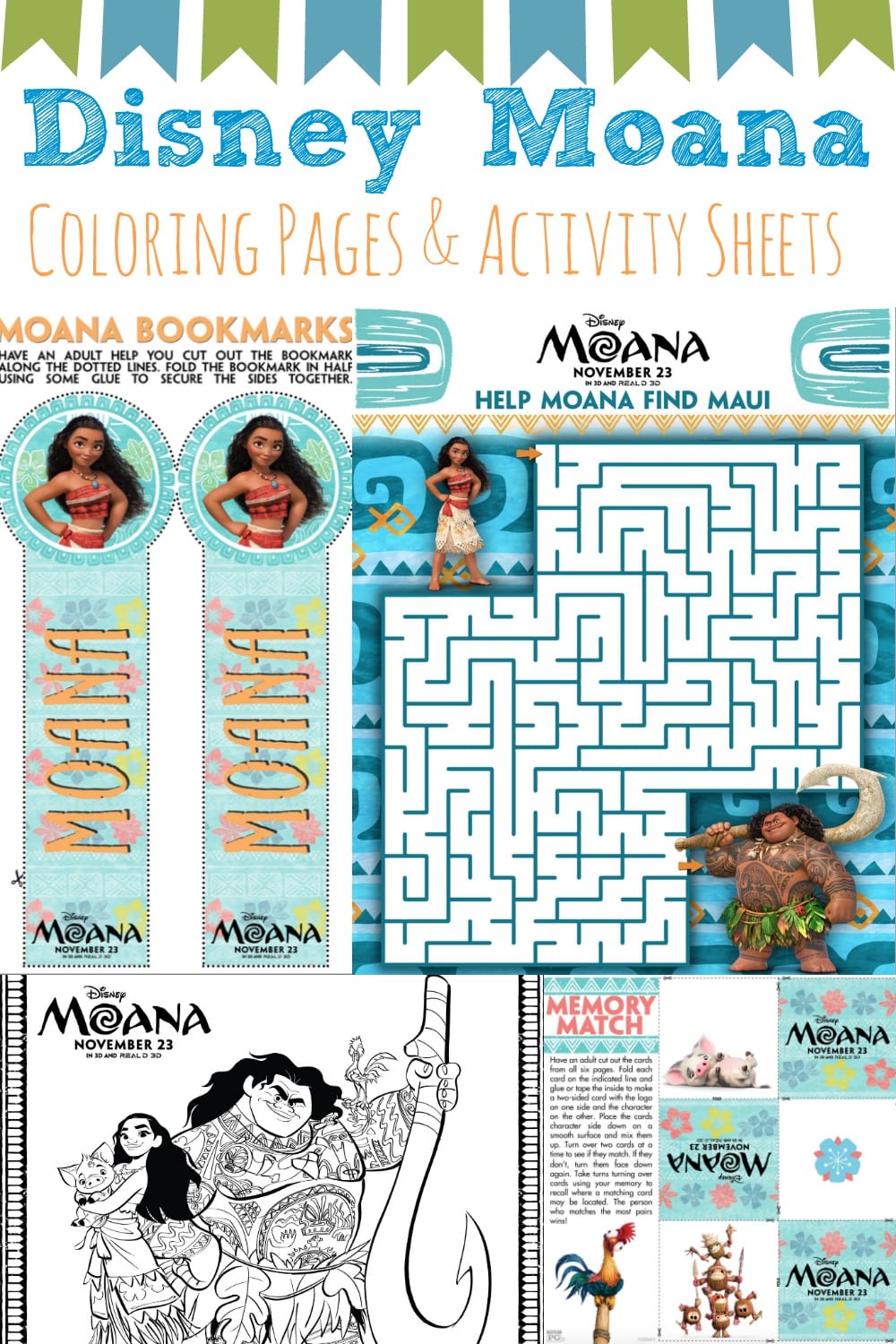 My girls are having a blast staying busy playing memory games and coloring sheets! I for one absolutely love the book marks and will be printing/laminating Moana’s for my books. I love the colors and how fun they are!

Make sure to print out these fun pages for  your kiddos! 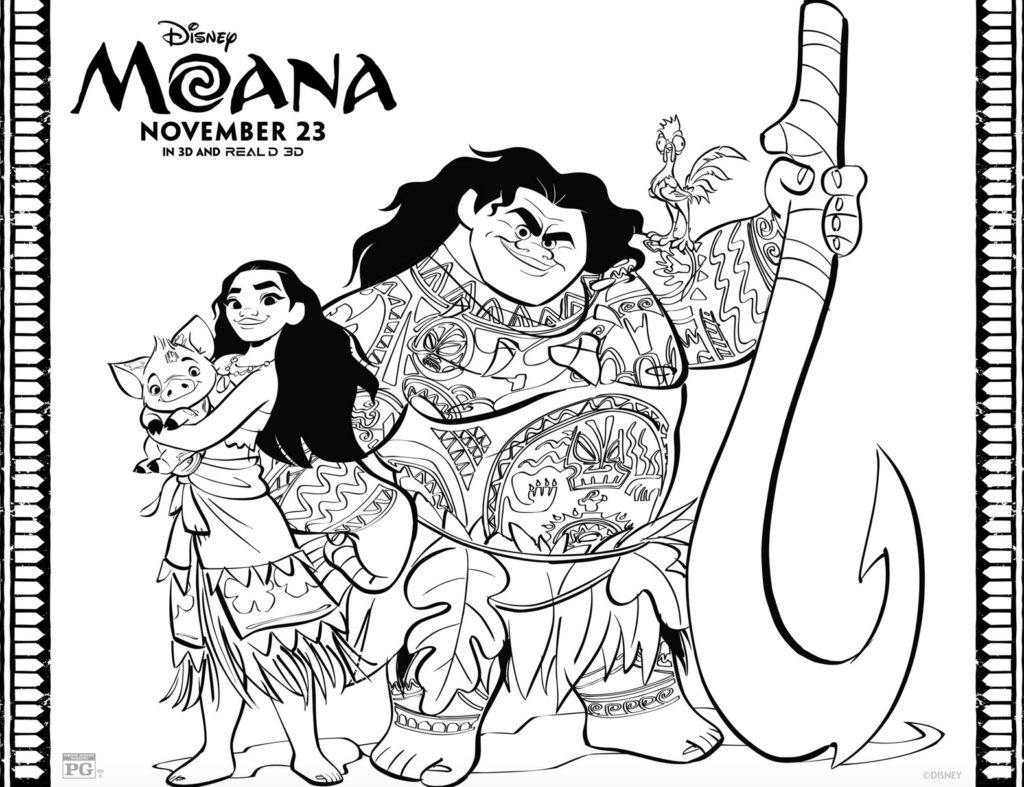 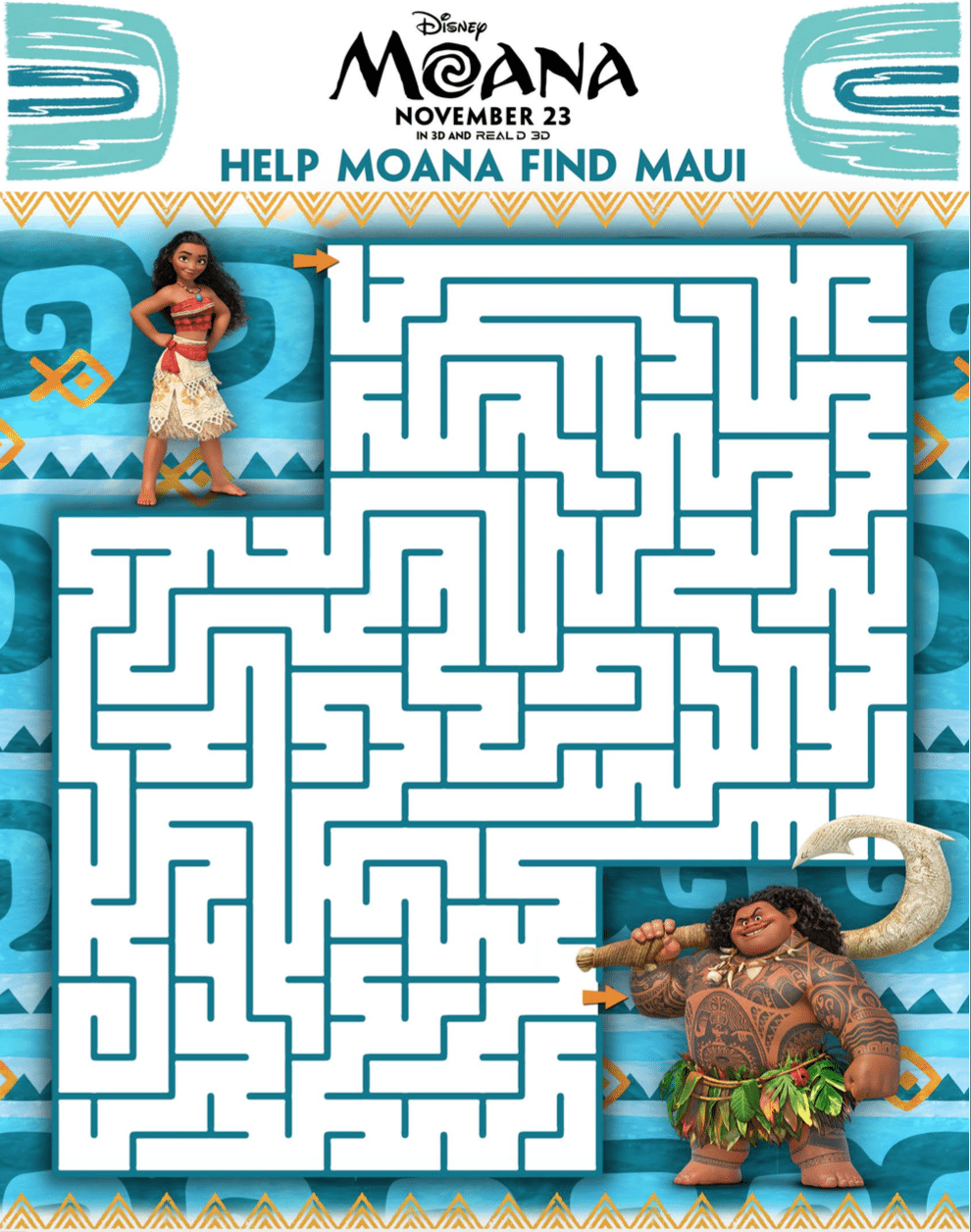 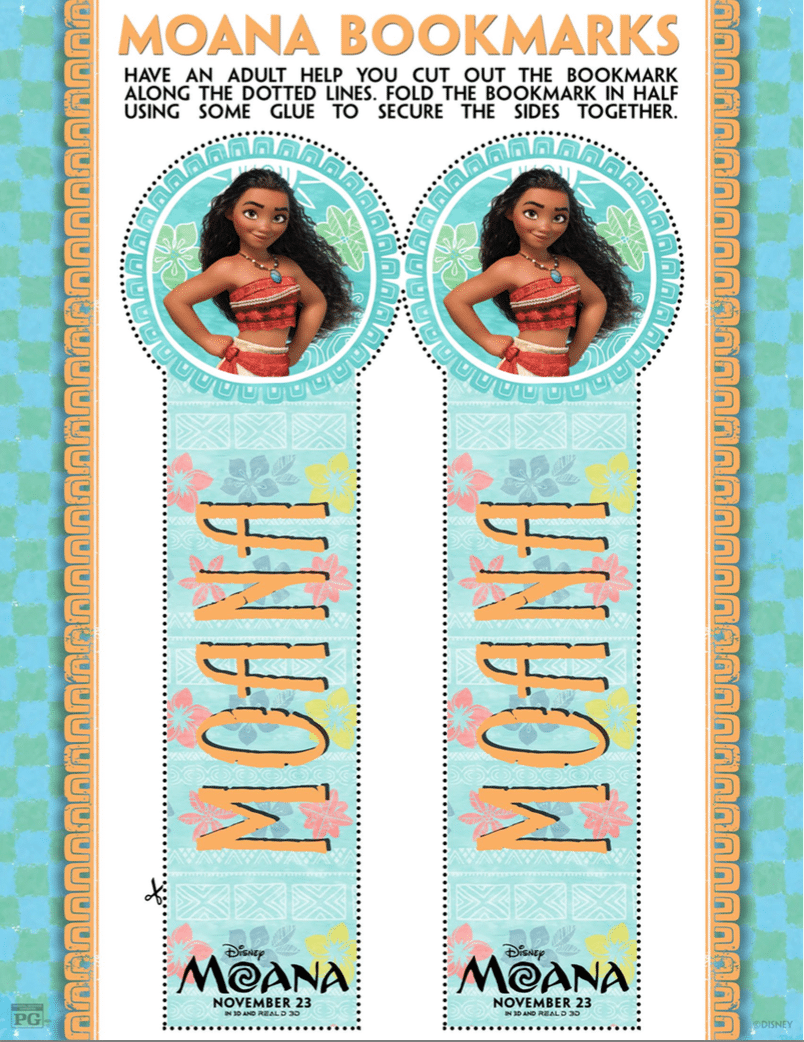 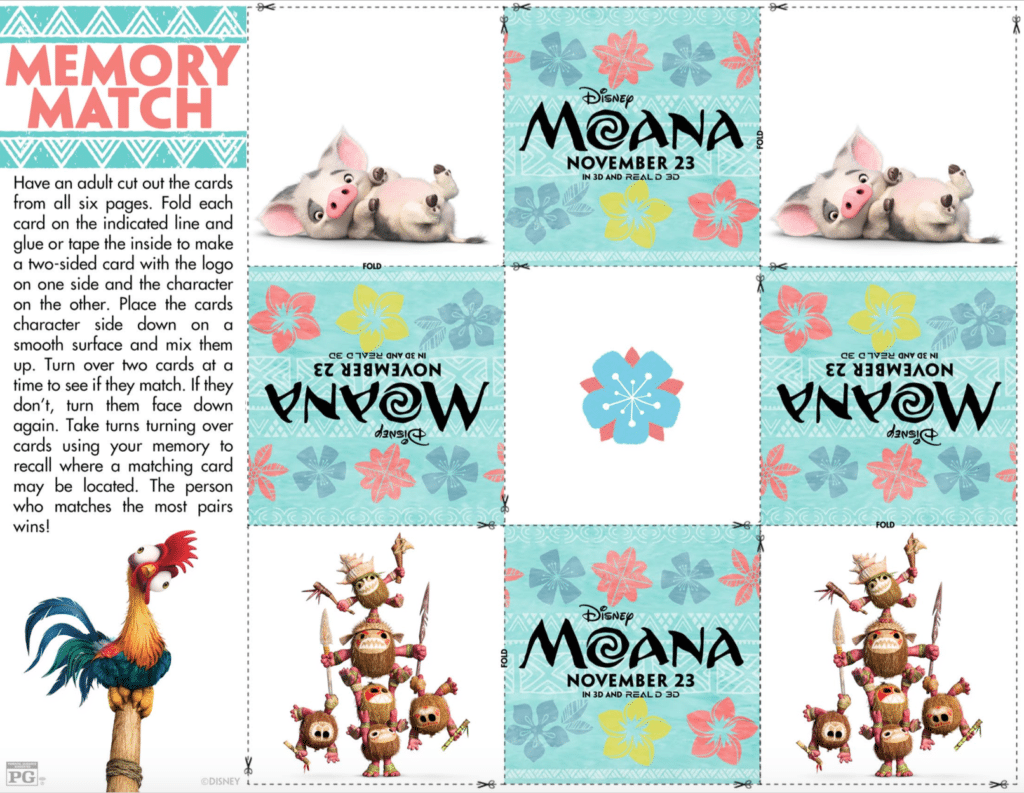 Three thousand years ago, the greatest sailors in the world voyaged across the vast Pacific, discovering the many islands of Oceania. But then, for a millennium, their voyages stopped – and no one knows exactly why. From Walt Disney Animation Studios comes “Moana,” a sweeping, CG-animated feature film about an adventurous teenager who sails out on a daring mission to save her people. During her journey, Moana (voice of Auli‘i Cravalho) meets the mighty demigod Maui (voice of Dwayne Johnson), who guides her in her quest to become a master wayfinder. Together, they sail across the open ocean on an action-packed voyage, encountering enormous monsters and impossible odds, and along the way, Moana fulfills the ancient quest of her ancestors and discovers the one thing she’s always sought: her own identity. Directed by the renowned filmmaking team of Ron Clements and John Musker (“The Little Mermaid,” “Aladdin,” “The Princess & the Frog”), produced by Osnat Shurer (“Lifted,” “One Man Band”), and featuring music by Lin-Manuel Miranda, Mark Mancina and Opetaia Foa‘i, “Moana” sails into U.S. theaters on Nov. 23, 2016. For more information, visit http://disney.com/moana, like us on Facebook, https://www.facebook.com/disneymoana; follow us on Twitter, http://www.twitter.com/DisneyAnimation; follow us on Instagram, https://instagram.com/DisneyAnimation.

Walt Disney Animation Studios’ new feature film “Moana” is about an adventurous teenager who, with help from demigod Maui, sails out on a daring mission to prove herself a master wayfinder and save her people.

Notes:
·       Filmmakers auditioned hundreds of talented young women throughout the Pacific Islands before finding the gifted Native Hawaiian Auli‘i Cravalho, who did not initially pursue the coveted role. The film’s Hawai‘i-based casting director recalled her singing performance from a video submission for a fundraiser/talent showcase and asked Auli‘i to come in and try out. Three auditions later, including her first trip to Burbank, Calif., she earned the title role, thanks to raw talent.
·       Dwayne Johnson stars in the critically acclaimed “Ballers” for HBO, directed by Peter Berg. Last year, he starred in the blockbusters “Furious 7” and “San Andreas.” Johnson appears in “Central Intelligence” opposite Kevin Hart for New Line, the big-screen adaptation of “Baywatch” and “Fast 8.”
·       The diverse and dynamic team behind the film’s inspired music includes Tony®- and Grammy®-winning lyricist/composer Lin-Manuel Miranda, who’s behind Broadway’s Pulitzer Prize-winning and multiple Tony-winning “Hamilton” and the Tony-winning “In the Heights,” and is a 2015 MacArthur Foundation Award recipient. Three-time Grammy®-winning composer Mark Mancina created memorable scores for films like “Speed,” “Tarzan” and the Oscar®-winning “Training Day,” and also co-wrote songs, produced and arranged the score for Broadway’s musical production of “The Lion King.” Opetaia Foa‘i, the founder and lead singer of Te Vaka, is a winner of numerous world music awards, including the Senior Pacific Artist award for his contribution to Pacific music.
·       Directors Ron Clements and John Musker made their writing-directing debut on the 1986 feature “The Great Mouse Detective.” They went on to write and direct some of Disney’s most beloved animated classics, including the undersea adventure “The Little Mermaid” in 1989, the hilarious hit “Aladdin” in 1992, 1997’s epic comedy “Hercules” and, most recently, 2009’s “The Princess and the Frog.”
·       Producer Osnat Shurer served as the executive producer of the shorts group at Pixar Animation Studios, responsible for Pixar’s short films, as well as all DVD bonus materials. While at Pixar, Shurer produced or executive produced a host of hit shorts, including the Oscar®-nominated “Lifted” (2006), “One Man Band” (2005) and “Boundin’” (2003). 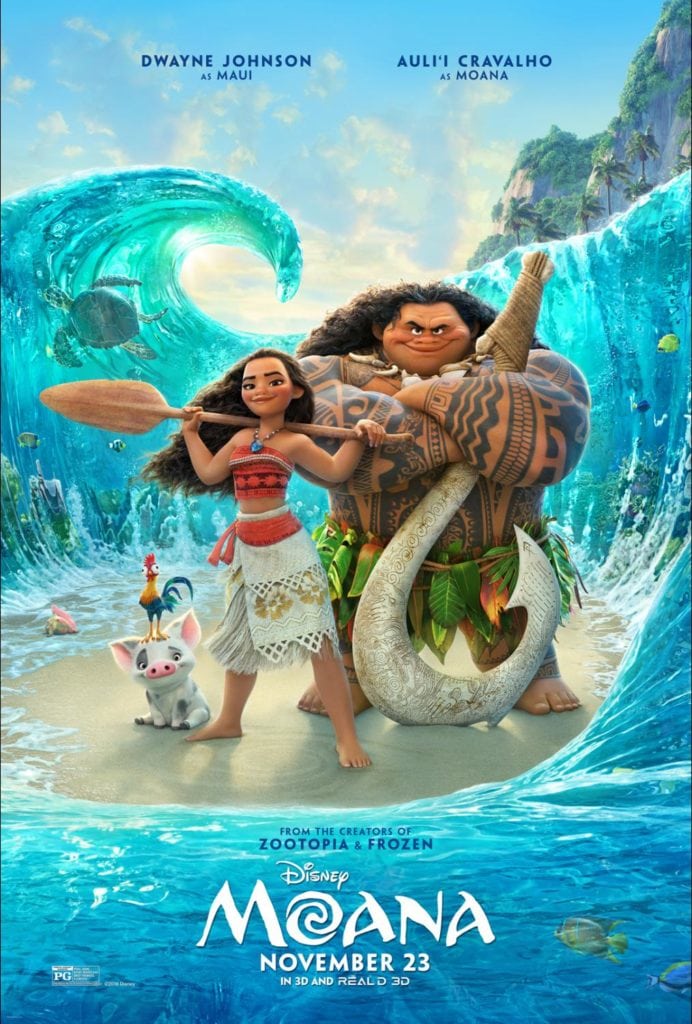 If your kiddos enjoyed these Disney MOANA Coloring Pages and Activity Sheets, then they will also love the following Disney Coloring Sheets and Activities I have put together for you: 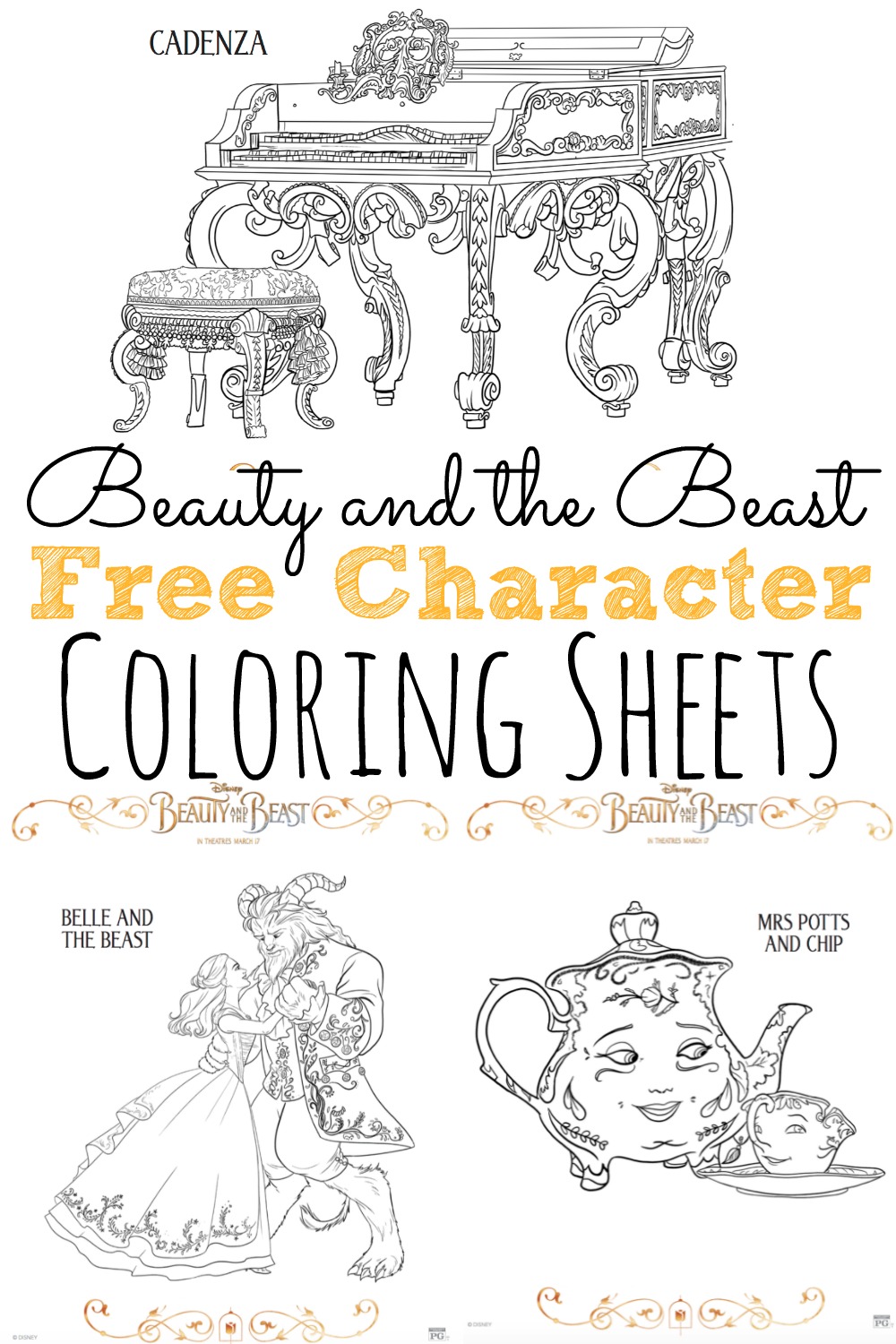 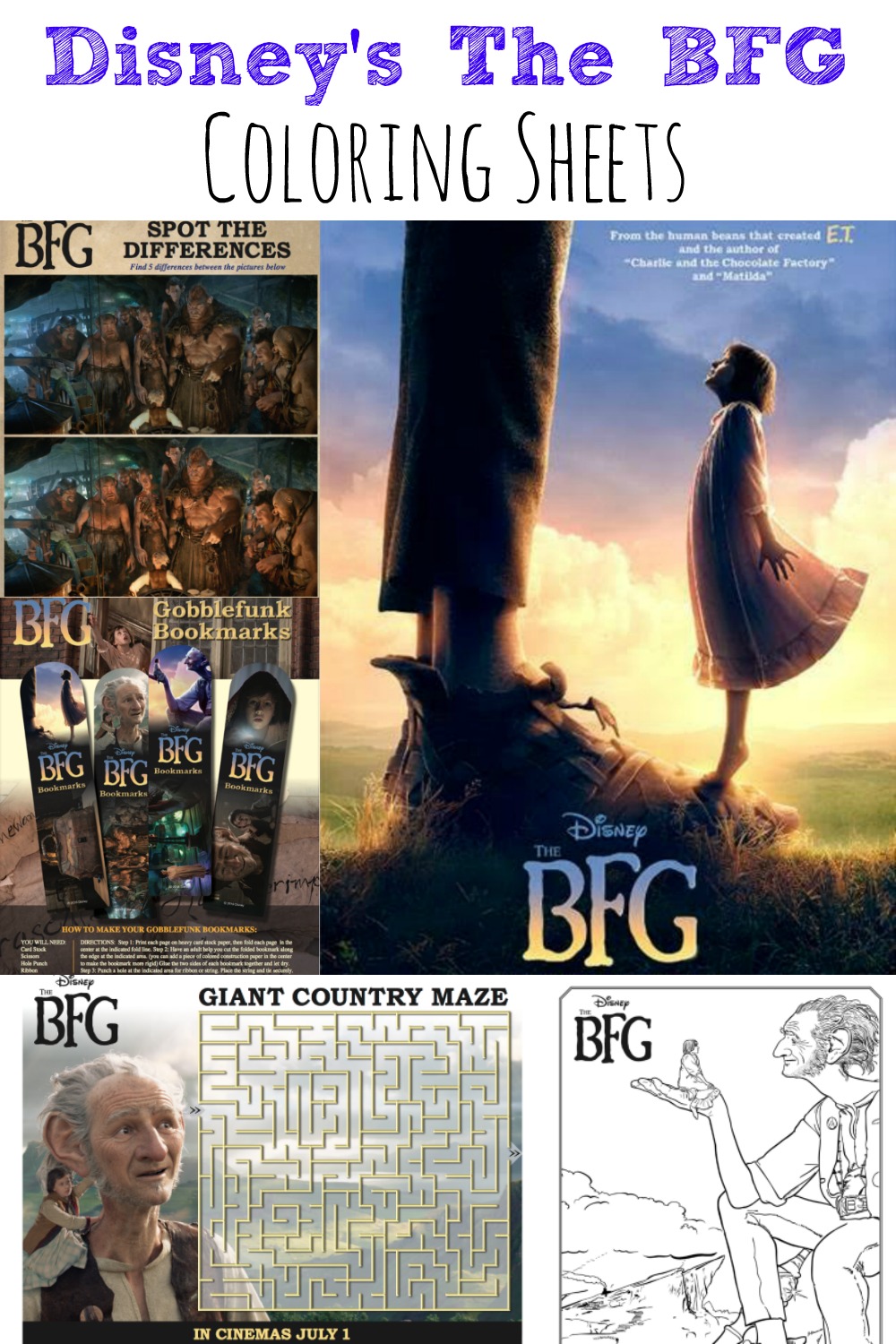 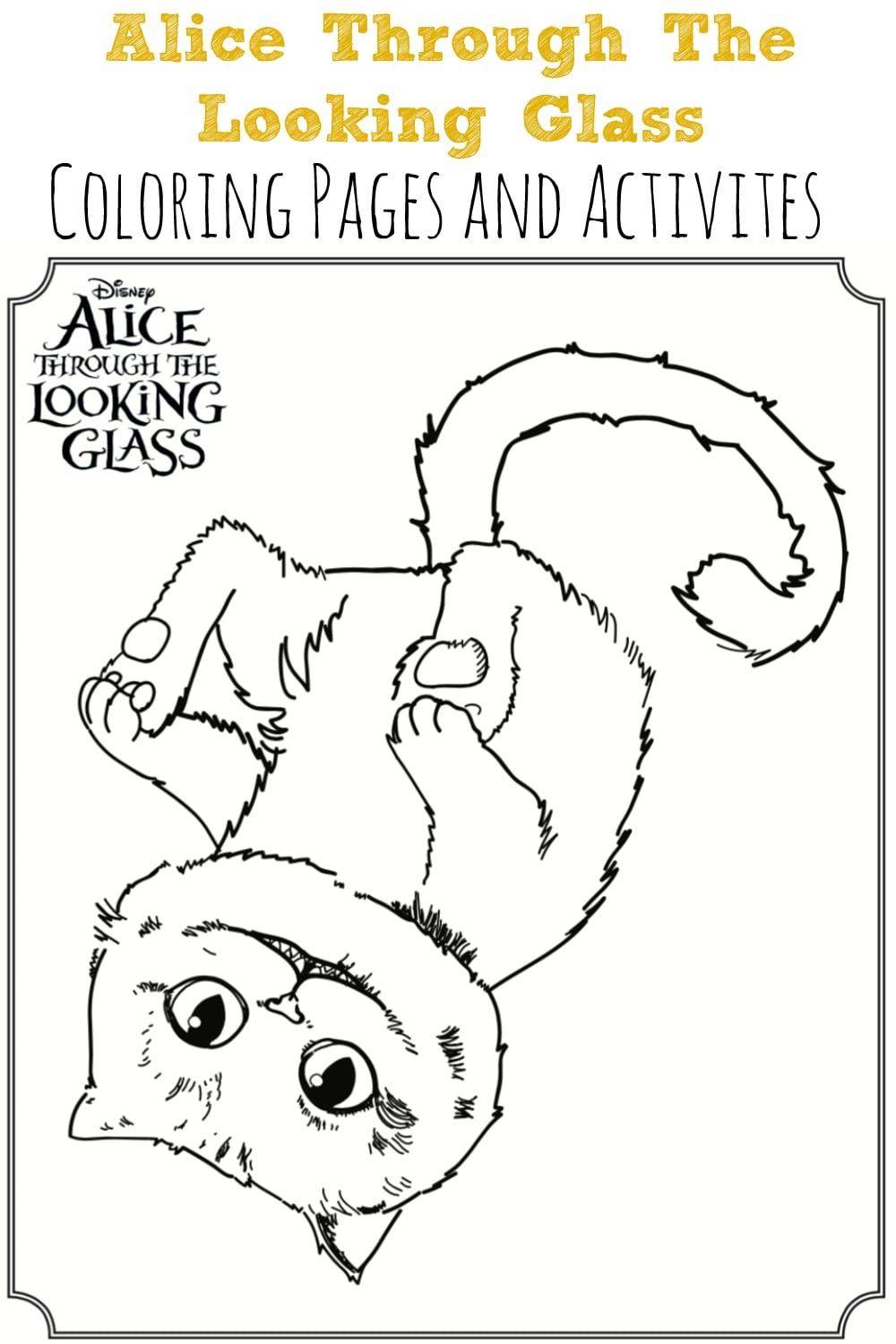 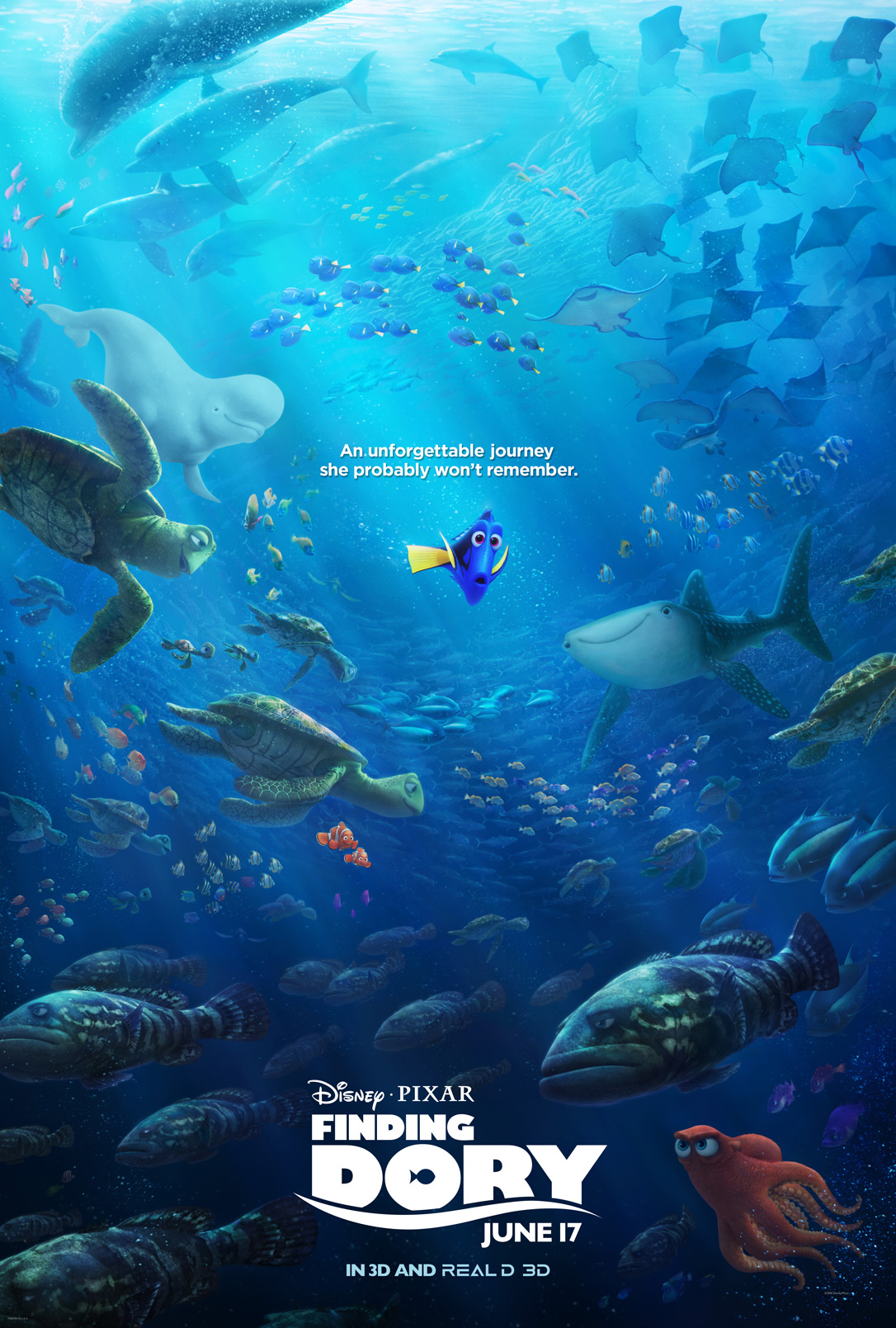 Which Moana character is your child’s favorite?