When I found out that we were going to get the opportunity to get an Exclusive Interview with Sir Ben Kingsley during our #JungleBookEvent in Los Angeles I just couldn’t believe it. He has always been one of those actors that you watch both in movies and in theater roles and are just in their own level of talent. I mean come on… Gandhi! Enough said right?

I was invited by Disney to attend the LA Red Carpet Premier and Press Junket for the #JungleBookEvent. Post sponsored by Disney, but all magical junglerrefic opinions are mine alone. 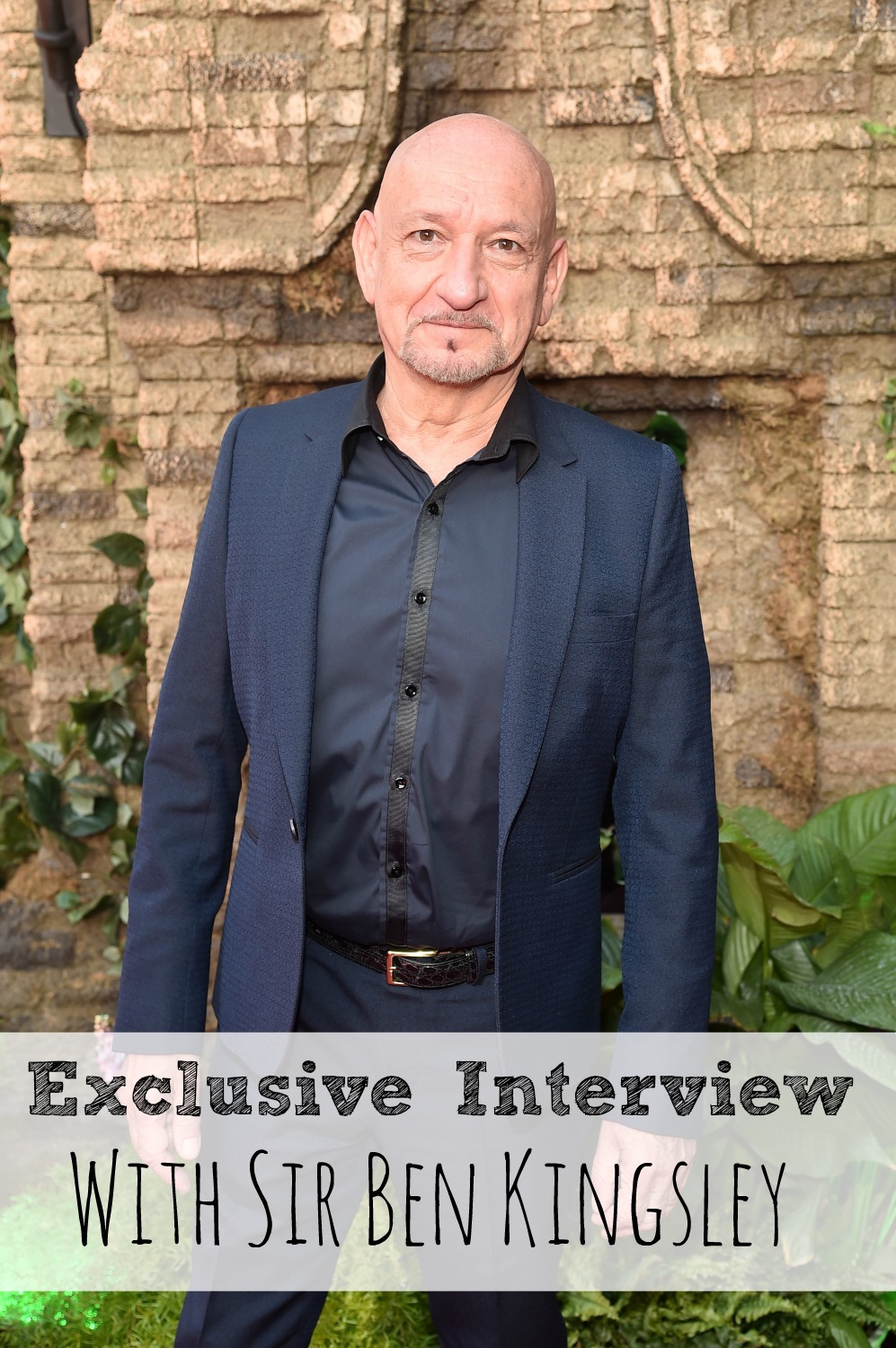 Having this opportunity to be with one of the most amazing actors in theater and in movies is such a privilege that not many get to do, so this is something that I will definitely remember for the rest of my life. Being able to talk to Sir Ben Kingsley about his role in Disney’s The Jungle Book as Bagheera really did shine a light on a lot of questions when it comes to him choosing his roles as an actor.

As soon as he walked in, we greeted him as he so deserved, with applause. You could tell that he was taken back by our excitement to be able to have him with us for a few minutes. He then proceeds to make a joke that we must have had a wonderful lunch. 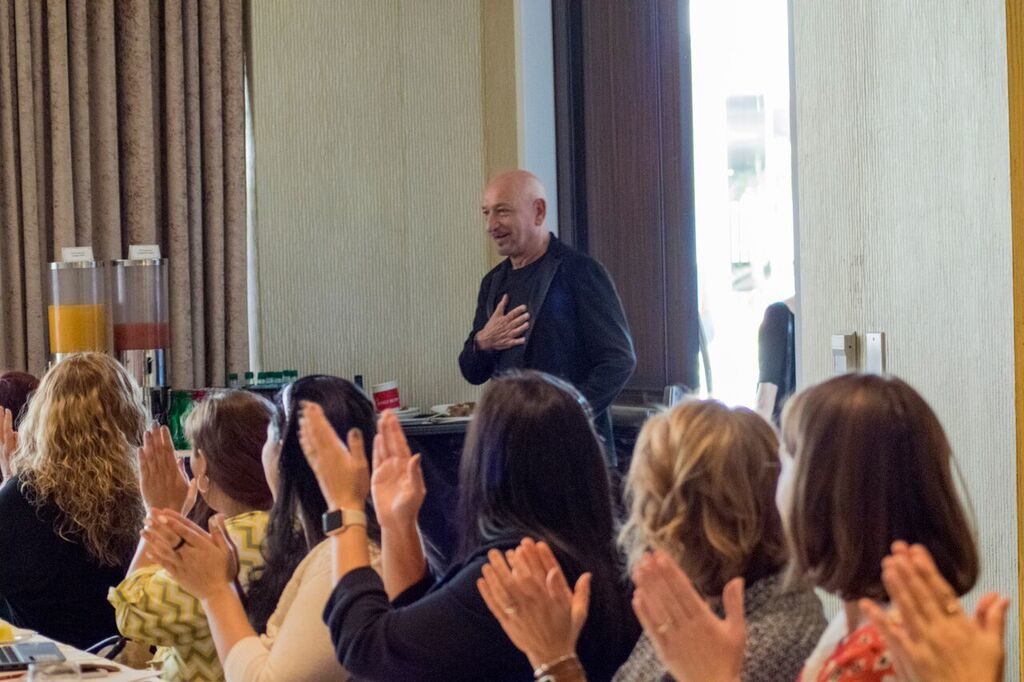 He proceeded to tell us that he yet hasn’t seen the film and would have the chance later that night at the world premiere.

I think it’s very close to what, Rudyard Kipling envisioned, which was an enormous leap in his imagination, which was a child literally living with and talking with animals. And I think from what I’ve seen that’s what you experience on the screen here. With all respect to its predecessor in the ’60’s, that was an animated cartoon talking to animated cartoons, but this is a little boy, and we are blessed with him, Neel. He’s amazing, literally, well, not literally but what you see is he’s with animals, which is wonderful. 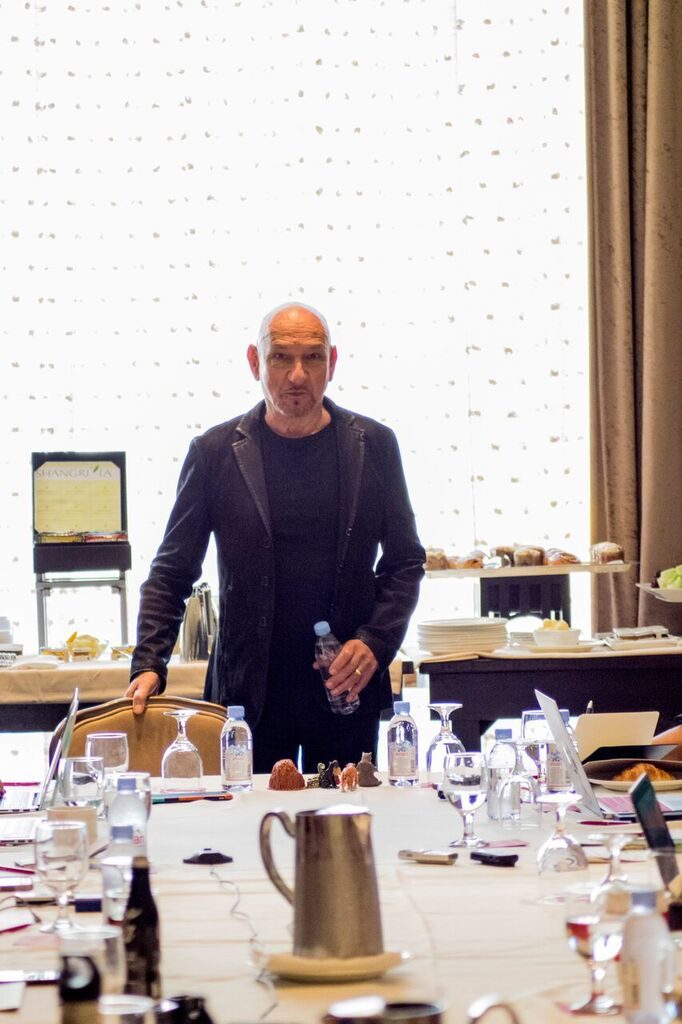 Sir Ben Kingsley has always been such an amazing actor and storyteller in my personal opinion. He always chooses roles that he really is just amazing at. So, I just had to know exactly how he gets ready to become his role whether he is on stage or during filming a movie. I will also admit I was a bit nervous, well… a lot nervous when asking my question, but super excited all at the same time!

I think it varies, because either I’m propelled towards a character through recognition or through curiosity. Sometimes if neither of them are there, well, curiosity has to be there, because if I’m not curious about him, I haven’t played a her yet. Oh, I did in Box Trolls. Then of course that won’t be contagious and the audience won’t be, curious.

M third job actually as a stage actor was with the Royal Shakespeare Company, and he still is the maestro of storytelling and of putting patterns of human behavior on the stage, on the screen, which ever. And I think that if I can feel that there’s a genuine pattern of recognizable human behavior, even a little boy with animals, but that human element which is, which is healing, which provides an explanation, comfort, entertainment, all of the above, then I’d love to be part of it. If I feel that it’s, just an invention, an obstruction, that it doesn’t have anything to do with us, then it, it doesn’t really excite me at all. It has to have that human ingredient to it, that moves us forward even a tiny bit as a tribe or species. 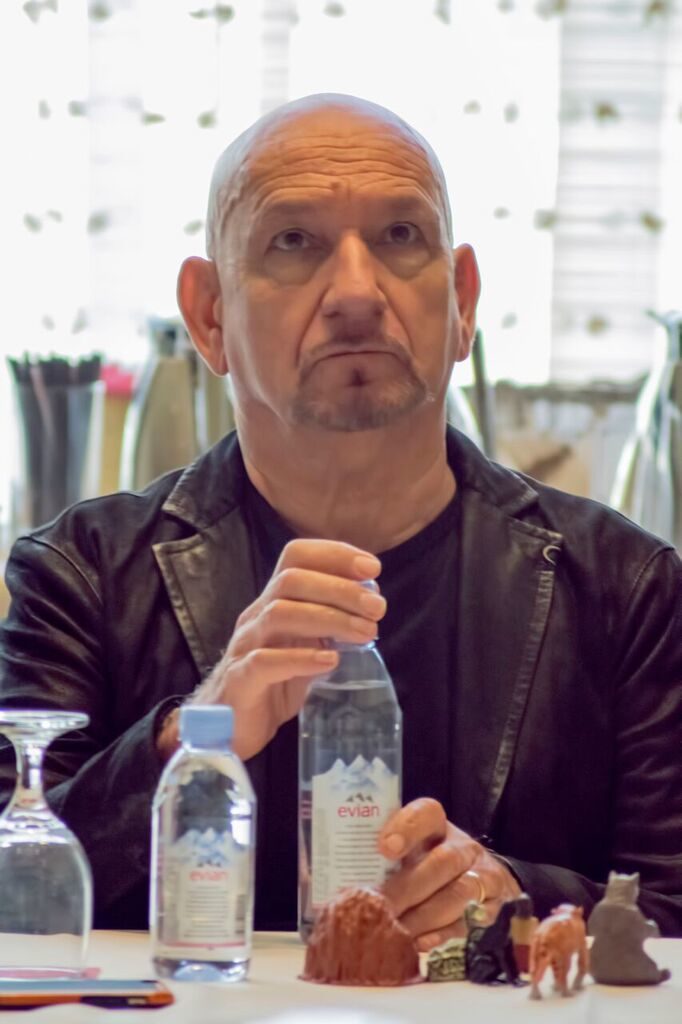 As you all most likely know, The Jungle Book is based from Rudyard Kipling books, in which they say that were written as allegories of then politics and society life of that time. The story being based off Indian culture, which is where Kipling was actually born. Sir Ben Kingsley was asked if there was thought of him taking on that military Indian role that is so much seen in the book itself when it came to Bagheera.

When I first discussed it with, with John Favereau, I recognized that Bagheera was military, that then, in the Indian Army certainly then, and then in post-colonial times, probably less now, there were, British and Indian officers serving in the Indian Army. And, I’ve recently played in Seek in Learning To Drive, and I’m fascinated by Indian military combination, so I offered an Indian accent as Bagheera, to play him as an Indian colonel or general, probably a colonel, and he felt that it didn’t fit the universality of the appeal of the story, that it might corner it to make it a province of one particular period of history, culture, hierarchy. So I think he made a very good choice in making it more universal, more accessible.

Having said that, there’s still the ghost of the Indian colonel in my performance. It’s not in his accent but it’s in his, tough but very affectionate love. I think it’s there, but I did actually embark on an Indian accent and I saw Jon Favereau’s face slowly fall. 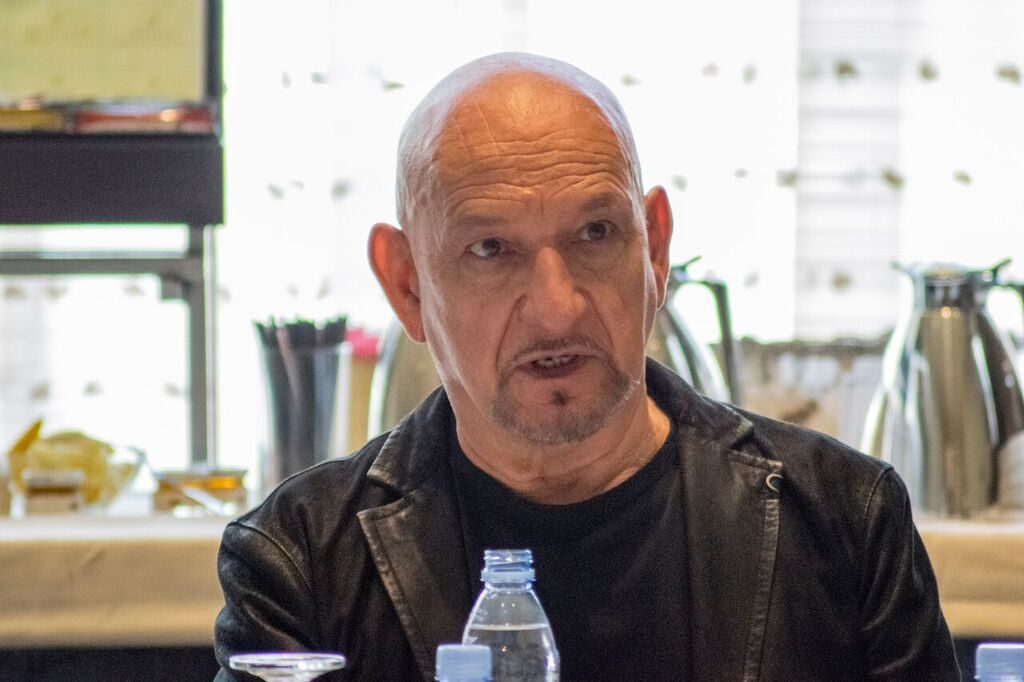 Just like the original Disney classic The Jungle Book, Bagheera is a strong figure in Mowgli’s life, some even go beyond to say that he is more of a father figure to Mowgli then his adopted wolf father Akela, played by Giancarlo Esposito.

I didn’t see him as a father figure at all. I did see him in military terms that it was as if I was training a young cadet into how to survive in, particular circumstances. And I liked Jon’s version of this which is close to Kipling’s, which is prepare a book and a story that prepares a young person for life.

And you have to prepare young people for life by lovingly introducing them to the fact that there is light and shade, that both exist side-by-side in life, and that if you, dilute, distort, sugar coat, sentimentalize everything in the hope that you’re gonna keep a child’s attention, you won’t. You get the child’s attention, immediately it goes dark. Whenever I read stories to my children, they would always ask me to read the scary bits over and over again, even if they do cover. They would love it, because they were hearing it in a safe place. That’s the ingredient. If they are introduced to that dark side of life in a really safe environment by their parents, then it’s fun.

I absolutely love how he describes how to prepare children for introducing them to light and shade. As parents it is our job to teach or better yet prepare them for life. 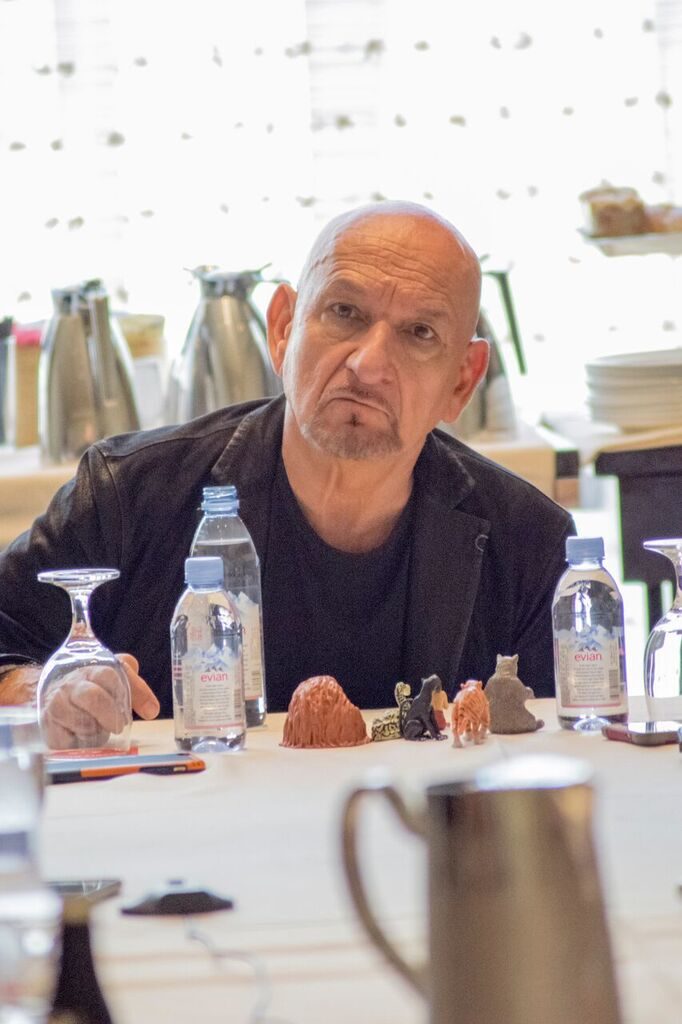 If you remember the character Bagheera in the original version of Disney’s The Jungle Book, then you may have noticed that he is not has gentle or kind to Mowgli as this version is in the live action film. As parents we are self can get a bit short tempered with our own children, but as an actor Sir Ben Kingsley channels that into his character.

I’m sure it’s inevitable to use one’s experiences as a parent, but I think in Kipling’s time, which was, colonial Britain, and I think actually Victoria might still have been on the throne when he wrote the novel, which is extraordinary, you did discipline your children through irritation and lack of empathy and impatience, rather than love and encouragement. So I think, that if we want to translate it into the 21st Century, then yes, there is irritation in Bagheera, and there are those limits that he won’t let the boy transcend, but that’s done with more empathy and more affections rather than from the book of rules. So there is a shift, yeah. 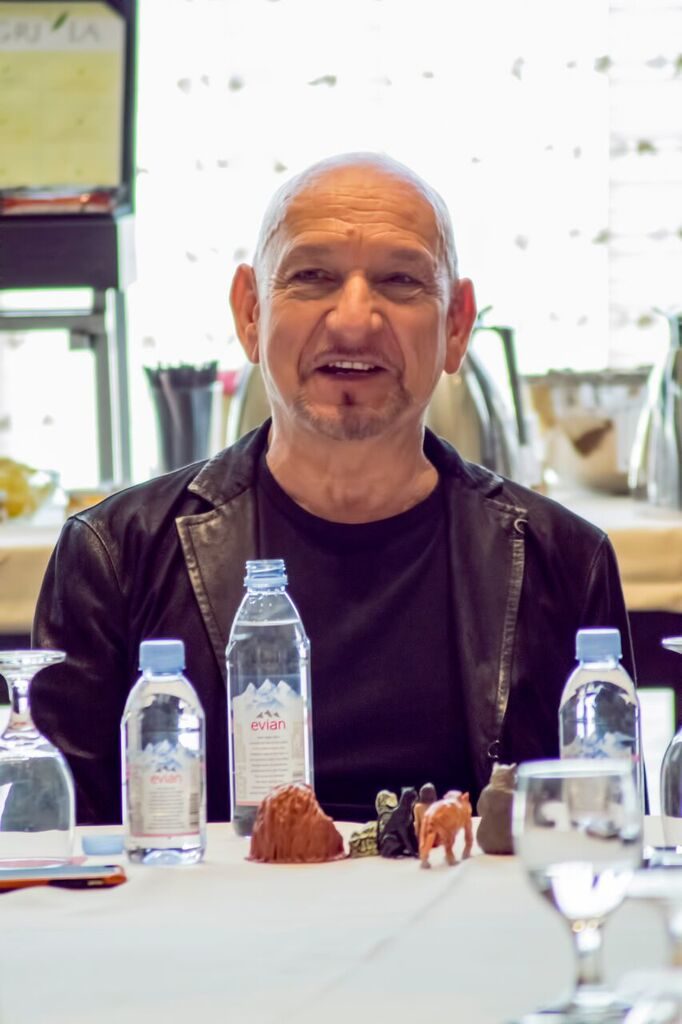 As readers and fans we always want to know which character the actor relates to the most. In the case we wanted to know if Sir Ben Kingsley related more to Bagheera or a little more with the free spirited Baloo?

So, I think that all the characters we’ll find that they’re all part of us rather than any one individual character. That we change according to the people in front of us, to dads and moms, and that’s how we approach them. 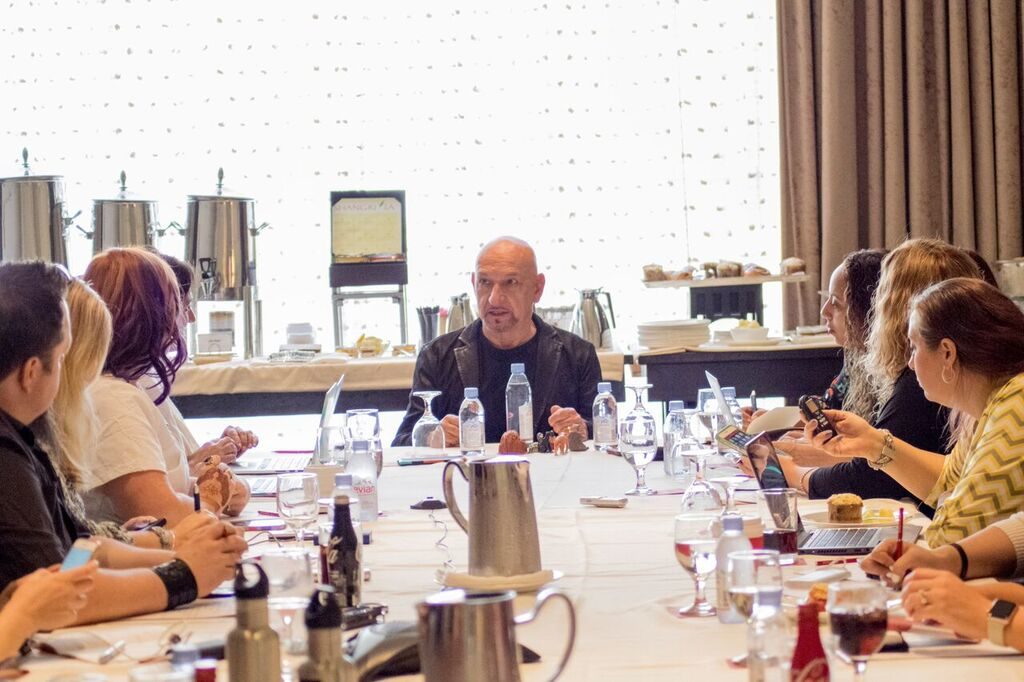 As I mentioned above Sir Ben Kinglsey has played many roles on stage and in movies, but when it comes to voice over it’s a bit different than acting. We wanted to know who it was difference and some of the challenges that he would have recording the voice of Bagheera.

I think it goes back to Shakespeare and the density of that text, and how you have to give every word its appropriate weight and emphasis. In a great speech, I play Hamlet, for example, so that I do enjoy and find it empowering and important, urgent, to express things vocally. It’s part of my DNA. It’s part of my training, but then, to surrender one’s whole physical side to an animating genius who is thousands of miles away and maybe there’s 12 of them working on Bagheera’s body, you know, that’s very exciting and, allows me or makes it very imperative that I explain to them through my voice, so that they can hear what I’m doing and they can animate to my voice. 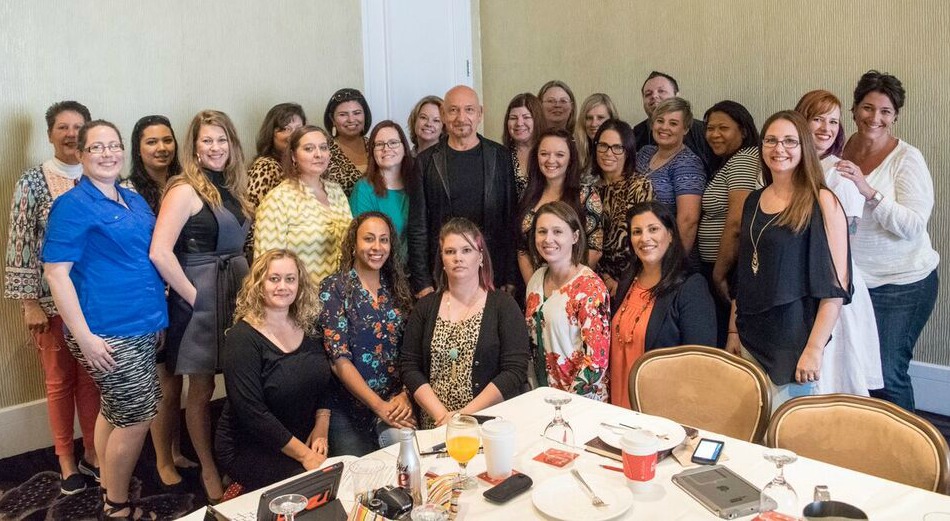 When we watch these amazing movies on the screen we don’t realize how much time and work is actually put into it from the production team and the actors. Especially how long it actually it takes to create such transformation of a movie like this one.

It was spread out over at least a year and as we developed it with Jon into the story, he was able to show us more and more what our physical shape would be on screen. So, I did have two days with the boy, which was great, so we were able to establish that dynamic between us. And then, keep that as part of our performance even when we were separated by geographic.

You really cannot embark on a massive project like this unless your director, he or she, has amazing taste and judgment and Jon has both and therefore, given that he has the, you know, the intelligence to see the bigger picture always in his head, he was a wonderful guide as to tone, timbre and pitch in the film and now performances. So it was really wonderful experience.

Now, make sure you get your tickets to see Disney’s The Jungle Book already in theaters! I highly recommend watching it at the Dolby Cinema at AMC or in 3D if possible!!!

THE JUNGLE BOOK is now playing in theatres everywhere in 3D, RealD 3D, and IMAX 3D!!!