I love the fact that Disney has been releasing some classic animated movies on Blu-Ray DVD and Digital. Today I wanted to share with you Disney’s The Lion King On Digital and Blu-Ray DVD Details! One of the best-animated films from Disney deserved a fun kids craft to go along with it!

Thank you, Disney, for sponsoring today’s post. All roaring opinions are our own. This post may contain affiliate links. 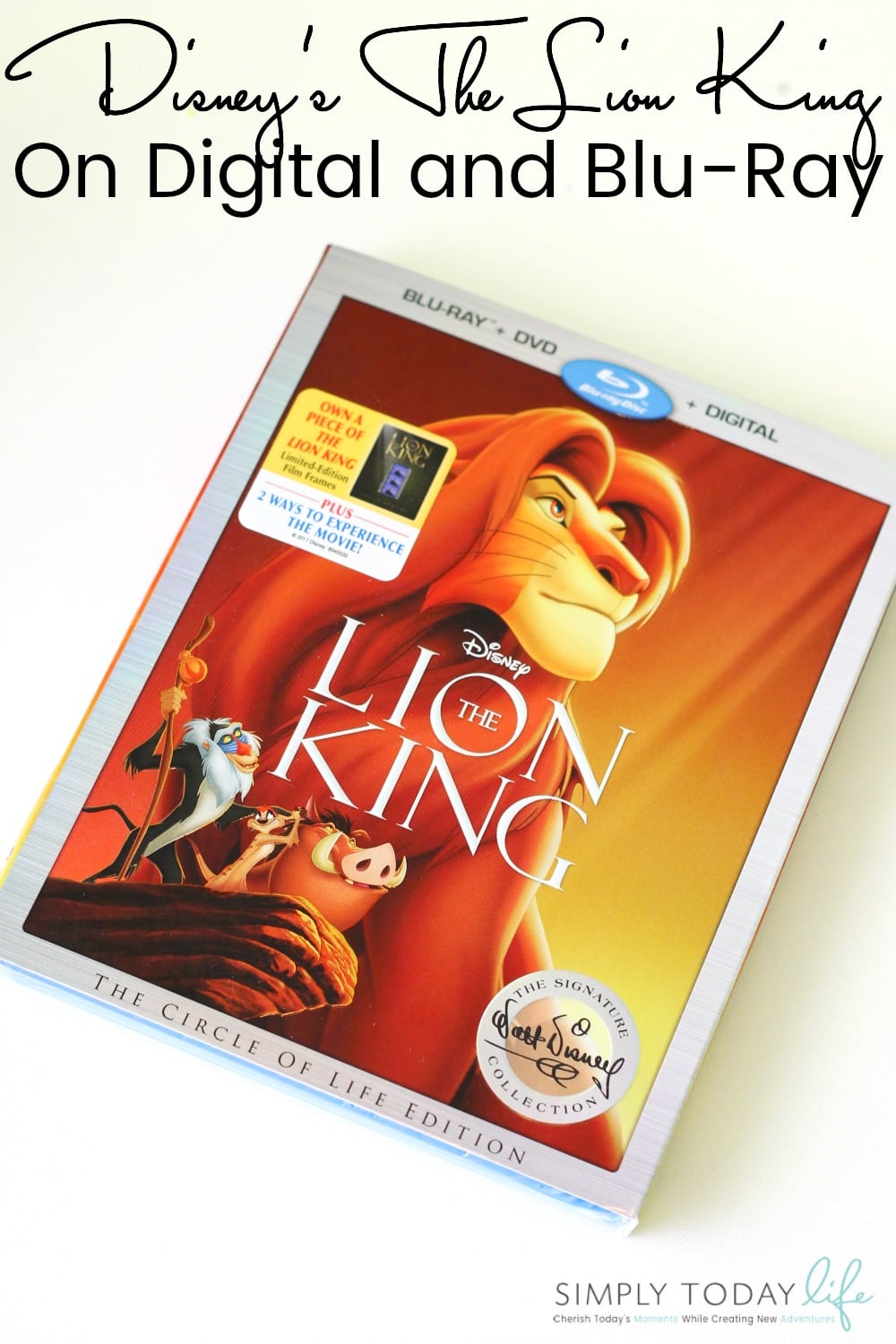 My girls were super excited when we got some pixie dusted mail with the new Blu-Ray + DVD + Digital edition of The Lion King, The Circle of Life Edition. At the D23 Expo, was announced that The Lion King would be joining the Walt Disney Signature Collection. We own the DVD that was my brothers and sister many years ago. We were due for an upgrade of this classic! 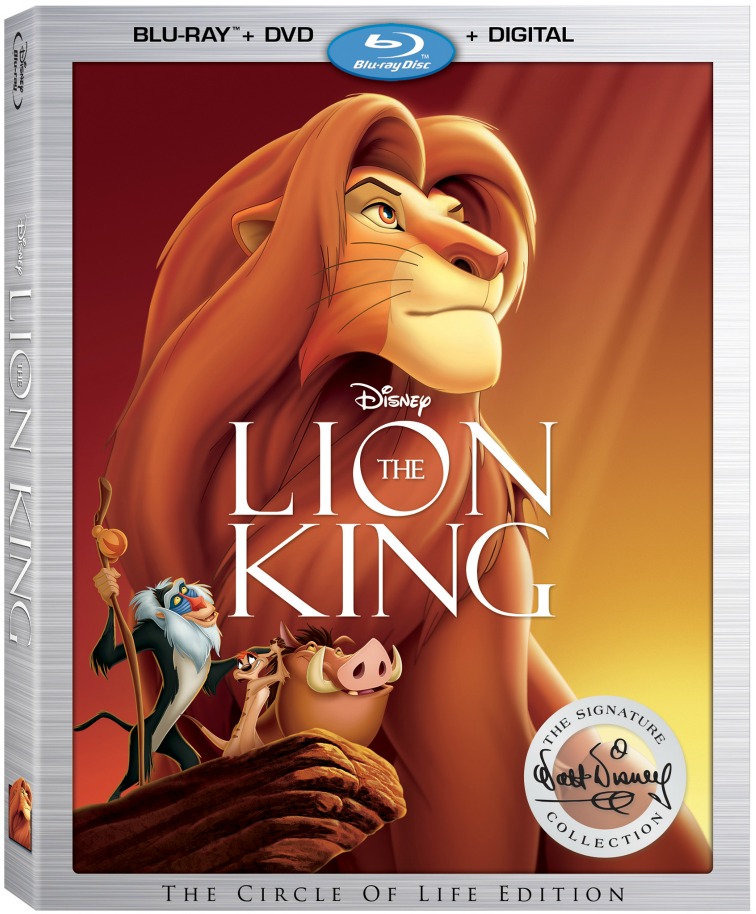 One of the biggest animated films in history, The Lion King, the coming-of-age masterpiece, filled with humor and heart, breathtaking animation and soul-stirring Academy Award®–winning music (1994: Best Original Score and Best Original Song, “Can You Feel the Love Tonight”), joins the highly celebrated Walt Disney Signature Collection. The Lion King roars to its rightful place in the Walt Disney Signature Collection on Digital Aug. 15th and on Blu-ray™ Aug. 29th.

Audiences will fall in love all over again with the treasured classic, and a new generation of fans will laugh with Timon and Pumbaa, cry with Simba and Mufasa, burst into song, and find their place in the “Circle of Life.” The Walt Disney Signature Collection release includes over three hours of classic bonus material and exclusive, brand new features inviting viewers to sing along with the film’s award-winning music, observe recording sessions, step inside the story room, witness the evolution of a villain, and join Nathan Lane (voice of Timon) and Matthew Broderick (voice of Adult Simba) for an extended conversation regarding the legacy of “The Lion King.”

“The Lion King” is the fifth title to join the Walt Disney Signature Collection, which includes groundbreaking films created or inspired by the imagination and legacy of Walt Disney, featuring timeless stories and characters that have touched generations. It takes its place alongside “Snow White and the Seven Dwarfs,” “Beauty and the Beast,” “Pinocchio” and “Bambi.”

3. Visualizing a Villain – Against a backdrop of live dancers and the animated “Be Prepared” sequence, artist David Garibaldi paints a masterpiece of evil.

4. The Recording Sessions – Watch rare footage of the actors recording their roles, matched with the final animation. Intro by Roger Allers and Rob Minkoff. 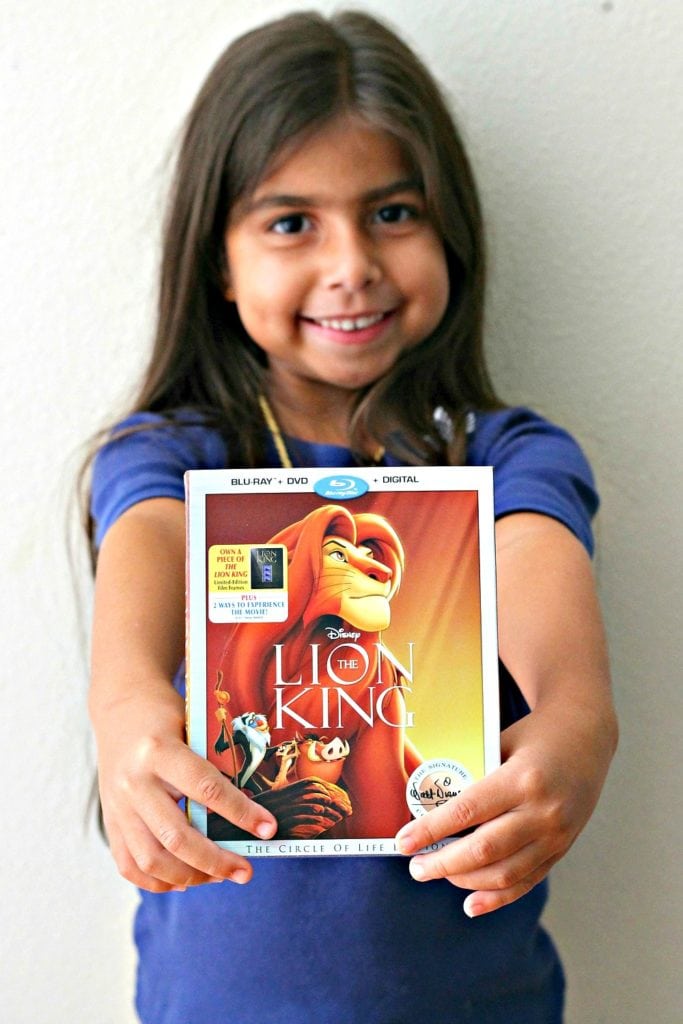 7. Music & More – Sing along to your favorite songs from the movie!

9. Classic Bonus Features (Digital Only) – These offerings from prior home entertainment releases include hours of bonus material, such as bloopers, audio commentary, deleted and alternate scenes, and in-depth journeys into the music, film, story, animals and stage show.

*Bonus features may vary by retailer

Make sure to head to stores or order online your copy of The Lion King on Blu-Ray!

Is your family as excited as mine is to see The Lion King on Blu-Ray for family movie night?